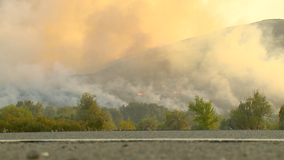 The Evans Canyon wildfire continues to spread through Kittitas and Yakima County as fire crews work to contain 40% of the fire, and increase from 20% Saturday. 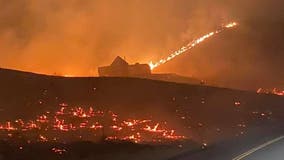 The fire spread across more than 52,000 acres, destroying five homes and several outbuildings. Residents of about 900 homes are under evacuation orders. 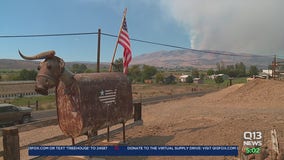 Flames are picking up and spreading in Washington, with one destructive wildfire burning in central Washington, causing the most severe damage in years. 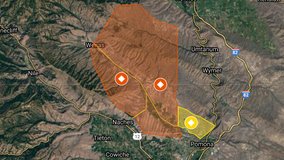 Yakima County emergency management officials say as of this morning, the Evans Canyon fire is 0 percent contained and spreading into neighboring Kittitas County. 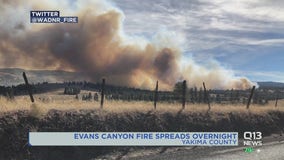 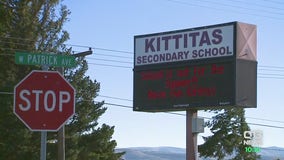 Fear of reopening schools during the COVID-19 pandemic is sparking controversial conversations across the nation. 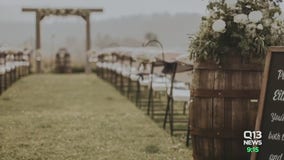 Health officials in Kittitas County are asking about 100 people who attended a wedding last week to go get tested for COVID-19, as they say, there’s been an outbreak related to the gathering. 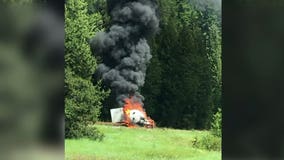 A truck driver was rushed to the hospital after the semi crashed into a guardrail and caught fire Friday afternoon near Snoqualmie Pass. 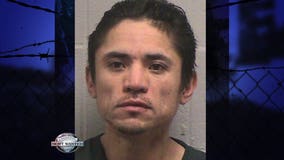 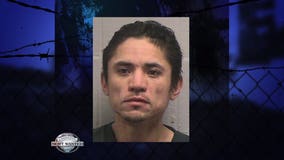 KITTITAS COUNTY, Wash. -- Several recreational lands and campgrounds are closed in Kittitas County while deputies continue their search for a murder suspect believed to be hiding in the forest or other rough terrain.Jorge Alcantara-Gonzalez has been charged with the suspected killing of 41-year-old Ian Eckles of Kent. 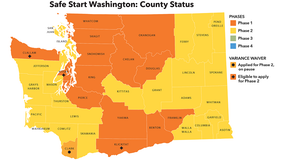 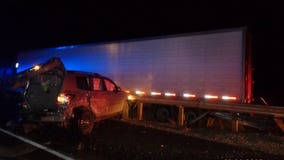 A crash involving five semi tractor-trailers and three passenger cars is blocking the westbound lanes of Interstate 90 near Cle Elum. 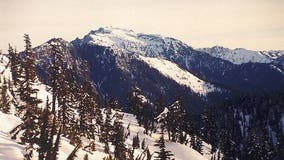 Authorities say a 61-year-old man from suburban Seattle died in a fall while hiking in an area of Snoqualmie Pass. 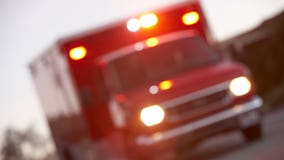 Authorities say four people were hospitalized after an armored vehicle went over a 25-foot cliff during a military exercise in central Washington state. 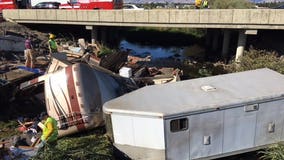 A 61-year-old woman and a 6-year-old girl were killed and six other relatives, including four children, were injured when a family motorhome blew a tire, careened off Interstate 90 and crashed down an embankment near Ellensburg Monday afternoon, The Washington State Patrol said. 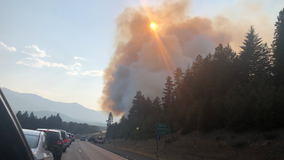 An 8-acre brush fire near Cle Elum briefly shut down westbound Interstate 90 Sunday evening. As of 6:40 p.m., one lane of westbound I-90 was open. 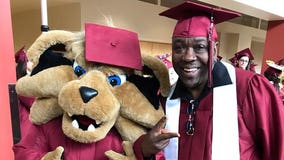 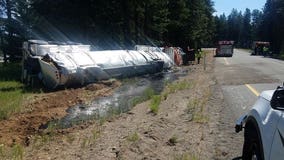 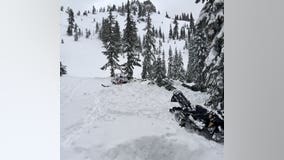 A 32-year-old Issaquah man died when five Western Washington snowmobiler were swept in an avalanche near Stampede Pass area Sunday. 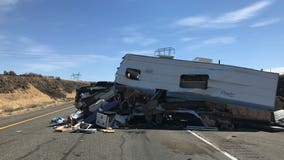 According to the Washington State Patrol, a brush fire started Thursday afternoon along Interstate 90, just east of Ellensburg. Westbound I-90 had been closed because of the fire.