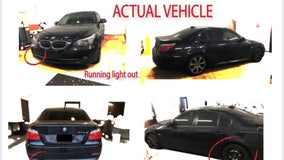 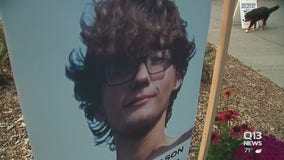 A heartbroken mother said she can’t sleep knowing the people responsible for her son’s death are on the run. 18-year-old Cyrus Mason was shot and killed at Houghton Beach Park in Kirkland on the evening of September 16. 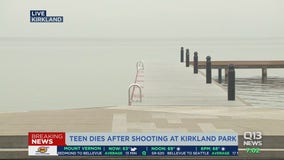 Police in Kirkland are searching for two suspects after a teen was shot and killed at Houghton Beach Park.

A teenager was shot and killed overnight in Kirkland. 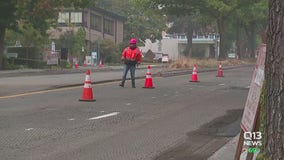 The air quality in the Pacific Northwest is some of the worst in the world right now. 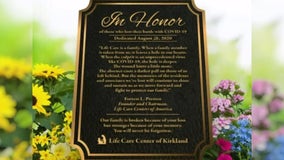 It’s been six months since a health care facility in Kirkland was revealed to be an epicenter of a pandemic that’s since gripped our state, country and planet. 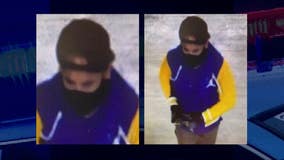 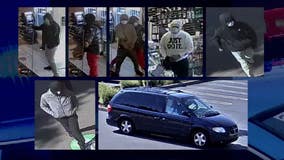 Surveillance video shows a customer about to walk into a Kirkland pot shop getting the shock of his life as he opens the front door -- seeing a six-pack of armed robbers in action. 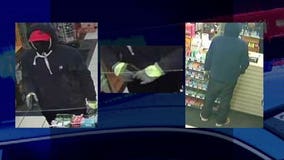 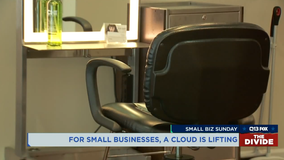 As counties slowly reopen, small businesses across the state are starting to welcome back customers. 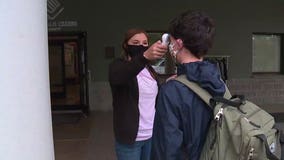 KIRKLAND, Wash. - It’s a rare sight lately to see kids not related to each other in one room playing. 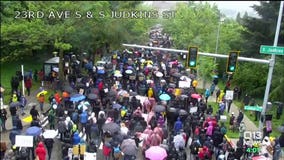 SEATTLE -- Black Lives Matter organizers held dozens of silent marches in Washington cities on Friday, as well as work strikes and other measures to honor the lives lost to police brutality and racial injustice. 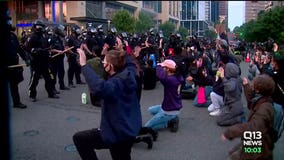 Interstate 5 through downtown Seattle was closed Sunday afternoon because of George Floyd protest activity, the second day in arrow the main north-south freeway on the West Coast was shut down, and there was also widespread looting in Bellevue, Washington. 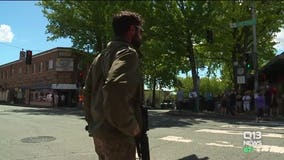 In downtown Kirkland, several people showed up with rifles, saying they were ready to send a message to potential looters. 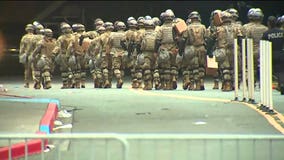 SEATTLE -- The city of Kirkland has asked all business owners to close, the Alderwood Mall and surrounding roads are closed, and the downtown courthouse has shuttered ahead of potential protests this afternoon and tonight.In Kirkland, city officials are asking businesses to close by 1 p.m., while residents and visitors are asked to avoid downtown or commercial shopping areas after 1 p.m.“We are receiving reports that Kirkland is a possible target for looting and destruction,” said City Manager Kurt Triplett. “Out of an abundance of caution we’re encouraging these precautionary measures to help prevent any criminal activity that could cause further damage to our local businesses and community.”