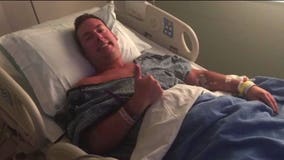 One year after the Las Vegas shooting massacre, those who were at the concert say their lives have been forever changed. An Edmonds man says the one year mark stirred a lot of emotion. 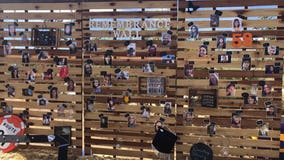 One year later, a Mill Creek woman is back in Las Vegas visiting the same place she escaped with her life and she isn’t alone. 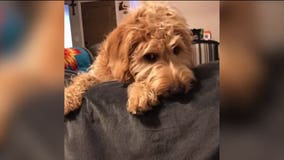 BELLINGHAM, Wash. (AP) — A Washington state family who survived the mass shooting last year at a Las Vegas concert says a neighbor shot and killed the dog they got to deal with stress and anxiety from the attack.The neighbor was cited by police for recklessly firing a gun and declined to comment.The Bellingham Herald reported that Lona and Joseph Johnson were at the Route 91 Harvest Music Festival in October when a gunman shot and killed 58 people and injured hundreds of others.Among the wounded was their cousin, Melinda Brockie, who attended the festival with them. 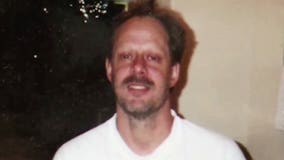 LAS VEGAS - Authorities on Friday released a preliminary investigative report on the Las Vegas shooting in response to large public interest in the case.Many questions -- such as the motive -- remain unanswered since the October 1 massacre in which 58 were killed and hundreds injured when the gunman, Stephen Paddock, opened fire on the Route 91 Harvest music festival from the 32nd floor of the Mandalay Bay Resort and Casino.Clark County Sheriff Joe Lombardo said the FBI is investigating an individual of federal interest related to the case. 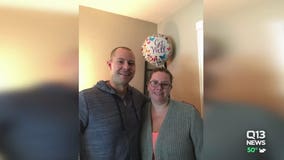 A Seattle man says he's sick and tired of "thoughts and prayers" and wants lawmakers to take action against gun violence. 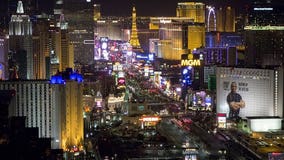 LAS VEGAS – Online shoe retailer Zappos is offering to match donations of up to $1 million for victims of the recent mass shooting and their families."Las Vegas is our home," the company wrote Oct. 2, the day after the deadliest mass shooting in U.S. history. "We are deeply saddened by the events that happened on Sunday night."Zappos says "100 percent of funds raised will help support victims and their families."On Thursday alone, there were individual donations of hundreds, even thousands of dollars. 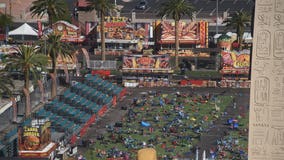 LAS VEGAS (AP) — They came quietly, in a steady stream looking for purses, wallets and cellphones. 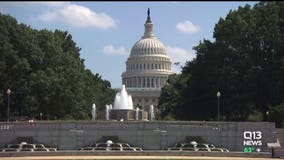 REDMOND, Wash. -- After the mass shooting in Las Vegas, amid the pain, loss, and confusion over what happened, how long do we wait before "making something political"?“It is time to act,” said Sen. 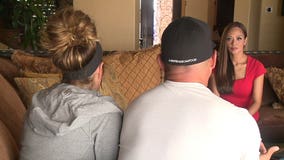 SAN DIEGO -- A San Diego taco shop owner and his wife were staying in a hotel room right below the Las Vegas suite where gunman Stephen Paddock fired shots at a country music festival, according to KSWB.It was only after the deadly shooting that Albert Garzon and his wife Jessica discovered they had not only been staying in the Mandalay Bay hotel room directly below the shooter but that they’d annoyed him just hours before the concert.“Just got back to our room and look at that, that’s the room that he was shooting out of, that’s the curtain that’s coming out of the guy’s room. 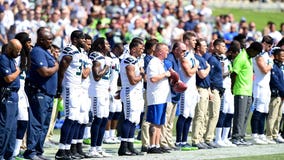 The Seattle Seahawks put their protest on hold Sunday in honor of the victims of last week’s mass shooting in Las Vegas. 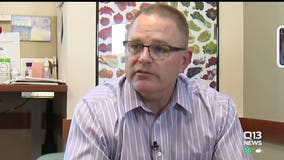 TACOMA, Wash. -- Retired Army surgeon Jim Sebesta of Tacoma was at the concert in Las Vegas last Sunday night when a gunman opened fire into the crowd from high above in a room at the Mandalay Bay Hotel.At first, Sebesta said, he, like a lot of people there thought the sound was from fireworks. 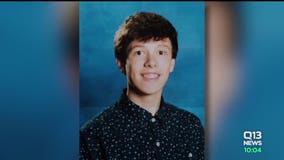 A high school homecoming is happening without one of the students at Peninsula High School. 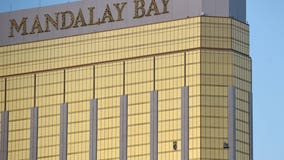 TOPPENISH, Wash. (AP) — The daughter of a Washington state police chief was among the hundreds of people wounded in Sunday's mass shooting in Las Vegas.Toppenish Police Chief Curtis Ruggles says he's "at a loss for words" over the shooting, but that he's "one of the fortunate ones who had their loved one returned to them."He says his daughter is back home and recovering.Fifty-eight people were killed and nearly 500 were wounded when Stephen Paddock opened fire on a crowd attending a country music festival. 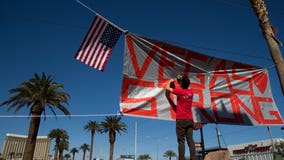 LAS VEGAS (AP) — Investigators are looking into whether gunman Stephen Paddock scoped out bigger music festivals in Las Vegas and Chicago — and perhaps Boston's Fenway Park — before setting up his perch in a casino hotel and raining deadly fire on country music fans.Paddock booked rooms overlooking the Lollapalooza festival in Chicago in August and the Life Is Beautiful show near the Vegas Strip in late September, according to authorities reconstructing his movements before he undertook the deadliest mass shooting in modern U.S. history.It was not clear if he contemplated massacres at those sites.Investigators looking into Paddock also came across mention of Fenway Park, Boston police Lt. 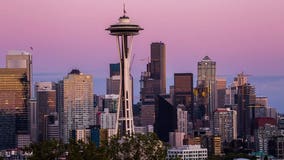 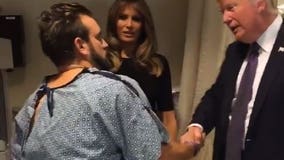 [highlights]LAS VEGAS -- Thomas Gunderson was one of the almost 500 people wounded in the Las Vegas shooting attack at the Route 91 Harvest Festival last weekend.He was hospitalized with a gunshot wound to the leg.Gunderson was laying in his hospital bed Wednesday when President Donald Trump and first lady Melania Trump swung by. 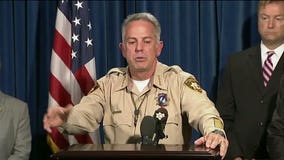 LAS VEGAS (AP) — The gunman behind the deadliest mass shooting in modern U.S. history led a secret life that has so far thwarted investigators trying to figure out a motive for the attack.In an effort to try to crack Stephen Paddock's state of mind, the FBI spent hours on Wednesday interviewing his longtime girlfriend, who returned Tuesday from a weekslong overseas trip and said she had no inkling of the massacre he was plotting when he sent her to see family in her native Philippines."He never said anything to me or took any action that I was aware of that I understood in any way to be a warning that something horrible like this was going to happen," Marilou Danley, 62, said in a statement read by her lawyer outside FBI headquarters in Los Angeles.Clark County Sheriff Joseph Lombardo said it's difficult to believe Paddock acted alone in the attack Sunday that killed 58 and injured nearly 500 people at a country music concert on the Las Vegas Strip. 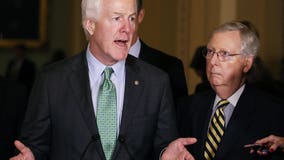 WASHINGTON (AP) — Senior congressional Republicans said Wednesday they are open to considering legislation banning "bump stocks" like the shooter in Las Vegas apparently used to convert semi-automatic rifles to perform more like fully automatic weapons.The comments from lawmakers including the No. 2 Senate Republican, John Cornyn of Texas, marked a surprising departure from GOP lawmakers' general antipathy to gun regulations of any kind. 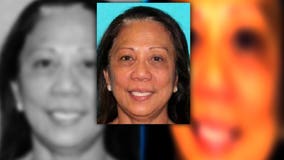 LAS VEGAS (AP) — The girlfriend of the Las Vegas gunman said Wednesday she had no inkling of the massacre he was plotting when he sent her on a trip abroad to see her family.Marilou Danley issued the statement after returning from her native Philippines and being questioned for much of the day by FBI agents still trying to figure out what drove Stephen Paddock to gun down 58 people at a country music festival from his 32nd-floor hotel suite."He never said anything to me or took any action that I was aware of that I understood in any way to be a warning that something horrible like this was going to happen," Danley said in a statement read by her lawyer outside FBI headquarters in Los Angeles. 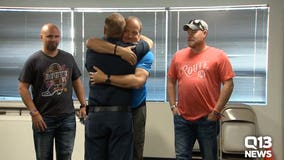 For the first time, we’re hearing from Western Washington first responders who were in the line of fire during the shooting in Las Vegas that killed 58 and injured hundreds.