One on one with Seahawk KJ Wright

In an exclusive interview with Q13 Sports, the Seahawks linebacker says it's hard to imagine playing in CenturyLink Field without fans.

SEATTLE - Preseason games may have been canceled, but that doesn't mean we can't all watch some incredible Seattle Seahawks football.

The games include the NFC Wild Card Playoff in 2011 that featured the Beast Quake in which Marshawn Lynch broke nine tackles for a 67-yard touchdown run. 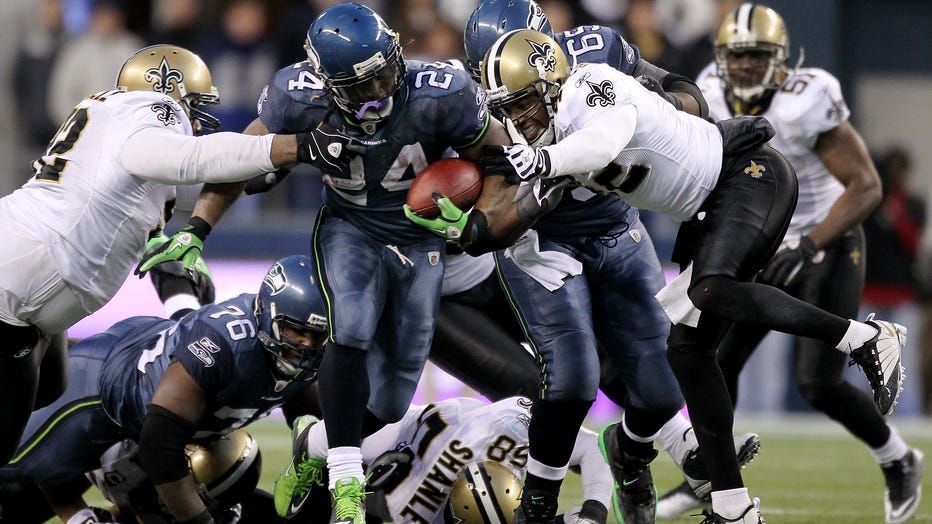 SEATTLE, WA - JANUARY 08: Running back Marshawn Lynch #24 of the Seattle Seahawks runs for a 67-yard touchdown run in the fourth quarter against the New Orleans Saints during the 2011 NFC wild-card playoff game at Qwest Field on January 8, 2011 in Se

See the full schedule below and tune in each Sunday or set your DVR now to relive the fun!

MORE SEAHAWKS: Click here for exclusive 1-on-1 interviews with the Seattle Seahawks