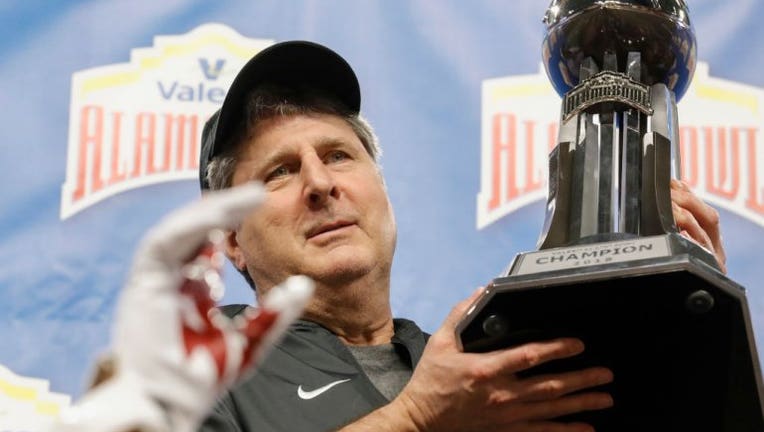 Head coach Mike Leach of the Washington State Cougars holds the championship trophy after the Valero Alamo Bowl against the Iowa State Cyclones at the Alamodome on December 28, 2018 in San Antonio, Texas. (Photo by Tim Warner/Getty Images)

PULLMAN, Wash. -- Washington State football coach Mike Leach is hinting that he might teach a class this year.

Leach this week shared what appears to be a course description on Twitter for a proposed class on guerrilla warfare and football strategy.

The Spokesman-Review reports that Leach said the course was "unconfirmed right now." But Leach's tweet had been "liked" more than 5,000 times as of Monday afternoon.

Baumgartner says he worked with Leach on the course materials over the weekend. He says the course would include academic study of the military strategies employed by commanders facing long odds against overwhelming adversaries.

Baumgartner says details are still being worked out.