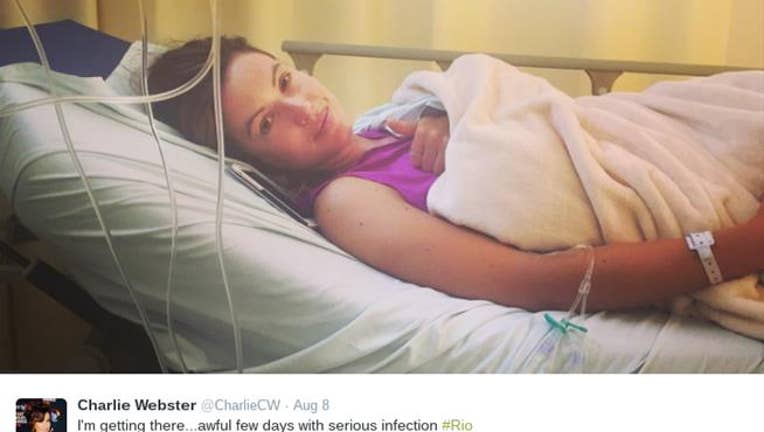 RIO DE JANEIRO – A British sportscaster "nearly died" after contracting a rare form of malaria in Brazil, the Guardian reports.

According to the BBC, 33-year-old Charlie Webster arrived in Rio de Janeiro on Aug. 4 after completing the six-day, 3,000-mile Ride to Rio charity bike ride. She fell ill the next day while attending the opening ceremony of the Rio Olympics, People reports.

Webster was hospitalized Aug. 6. Doctors thought she was dehydrated and exhausted from the bike ride. Then she lost consciousness Aug. 11 and had to be put in a medically induced coma. Webster was kept on life support until being brought out of the coma Thursday.

She is still very ill and is currently on dialysis for kidney failure. But doctors don't believe she has brain damage.

“Charlotte knows she nearly died," Webster's mother tells the Guardian. "She mouthed to me earlier, 'Look at all the machines keeping me alive.'" She was supposed to be part of Team Great Britain during the Olympics but is expected to travel home as soon as she is healthy enough to do so.

This article originally appeared on Newser: Go Back to Grid|Next StoryBritish Sportscaster in Rio Spends Olympics in Coma