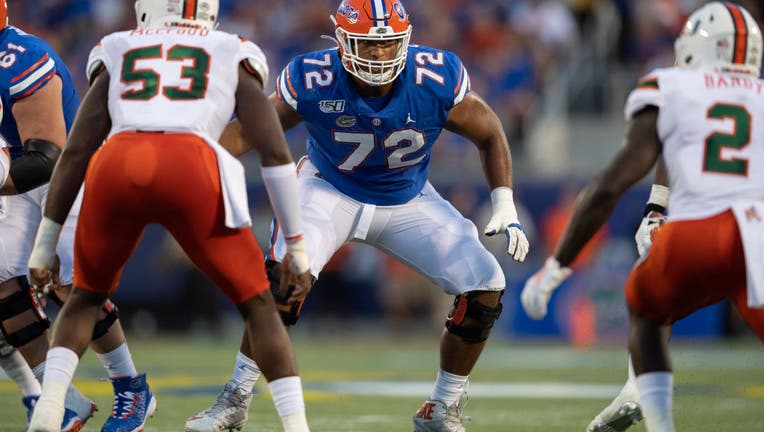 ORLANDO, FL - AUGUST 24: Florida offensive lineman Stone Forsythe (72) during the first half of the Camping World Kickoff between the Florida Gators and the Miami Hurricanes on August 24, 2019, at Camping World Stadium in Orlando, FL. (Photo by Roy K

On the third day of the 2021 NFL draft and in the sixth round, the Seahawks traded up in order to acquire Forsythe, an OT from the University of Florida.

"A unique player. He really brings a great level of potential. Played a lot of football. Numbers are really good in pass protection. Runs well for a big guy. Gotta get him to play good and low. But he's seen that from the best in the SEC," said Carroll during the media briefing.

Forsythe is 6’8 and 307lbs, formerly a two-year starter at left tackle for the Florida Gators with a primary strength in pass blocking.

Moving from pick No. 217 to 208 also sacrificed their 250 pick for the Seahawks, resulting with just three draft picks this year and barring any moves on trades in the seventh round.