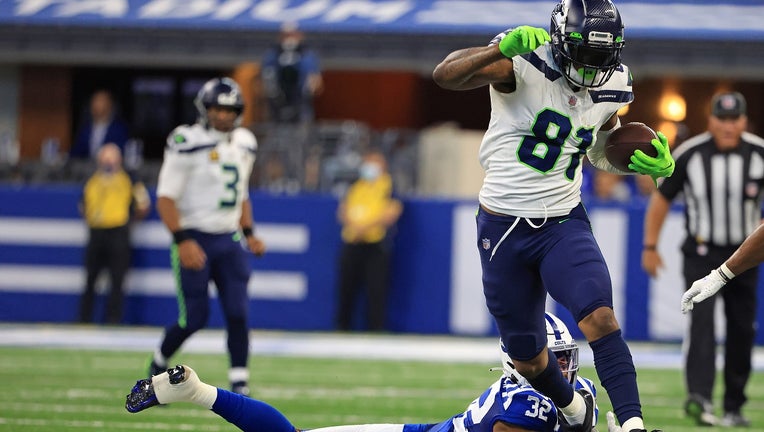 The team announced the news on Twitter. No further details have been released.

This season, Everett has caught 8 of 9 targets for 77 yards and one touchdown.

If Everett is unable to play in week 4 vs. San Francisco, Will Dissly would likely become the primary tight end.

Everett later tweeted "Be back soon."