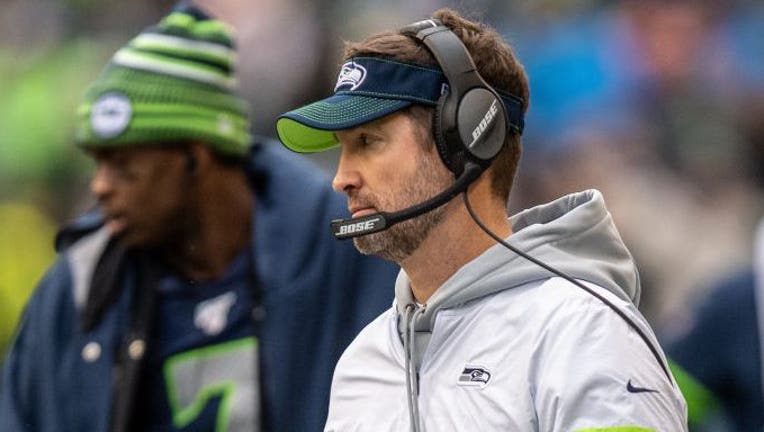 In a tweet, the Seahawks wrote: "Brian Schottenheimer is a fantastic person and coach and we thank him for the last three years. Citing philosophical differences, we have parted ways."

The Seahawks had the highest-scoring team in franchise history, Russell Wilson threw a career-high 40 touchdowns in the regular season, and wide receivers DK Metcalf and Tyler Lockett both set club records for receiving.

Still, the Seahawks regressed offensively in the second half of the season, and Wilson and Pete Carroll both made comments following Seattle’s 30-20 playoff loss to the Los Angeles Rams that indicated concerns with the lack of adjustments by the offense late in the season.

Wilson tweeted Schottenheimer late Tuesday saying, "I'm grateful for how much you meant to me over the past three years."

Schottenheimer, 47, completed his third season with the Seahawks after previously serving as the offensive coordinator of the New York Jets and St. Louis Rams.

Seattle’s offense was humming at a record pace through the first half of the season, but problems emerged starting with the Seahawks’ Week 10 loss to the Rams.

Earlier in the day, the Seahawks agreed to a contract extension with general manager John Schneider that will keep him tied to the franchise through the 2027 draft.

This is a developing story and will be updated. The Associated Press contributed to this report.