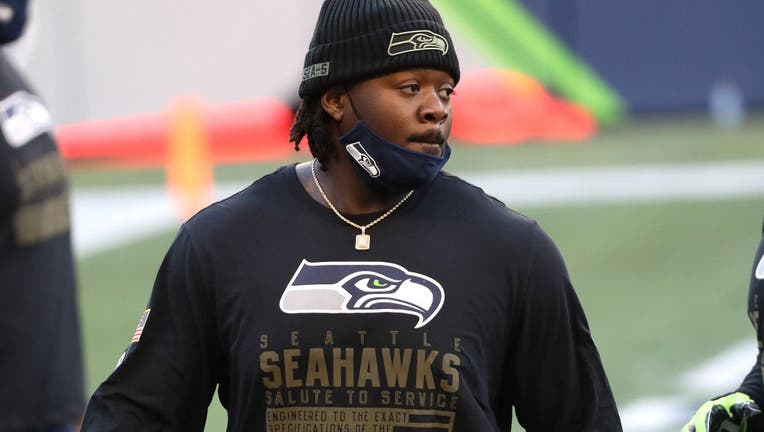 SEATTLE, WASHINGTON - NOVEMBER 19: Jarran Reed #90 of the Seattle Seahawks looks on before their game against the Arizona Cardinals at Lumen Field on November 19, 2020 in Seattle, Washington. (Photo by Abbie Parr/Getty Images)

UPDATE: The Seahawks released Jarran Reed Friday. He is now a free agent.

SEATTLE - Seahawks defensive tackle Jarran Reed announced on Twitter that he will be leaving the team on Friday.

At this point, it's unknown if the team will trade or release him.

It's unclear if Reed's departure has anything to do with the Seahawks' salary cap.

According to Ian Rapoport of the NFL Network, the Seahawks hoped Reed would agree to a changed contract that would have reduced his 2021 cap hit. Instead, he wanted a long-term deal and negotiations were going nowhere, Rapoport tweeted.

Trading or releasing Reed would save the team roughly $9 million from the salary cap, according to OverTheCap.com.

Reed said his departure with the team would be official as of 1 p.m. on March 26. He has been with the Seahawks since they drafted him in 2016.