One on one with Seahawk KJ Wright

In an exclusive interview with Q13 Sports, the Seahawks linebacker says it's hard to imagine playing in CenturyLink Field without fans.

RENTON, Wash. - The phrase has become popular among Seattle Seahawks fans on social media, almost to the point of becoming a rallying cry: “Let Russ Cook.”

It’s in reference to letting Russell Wilson have more control and more opportunity to run the Seahawks offense the way he wants from the start, instead of waiting for the fourth quarter to take over as he’s done so many times during his career. 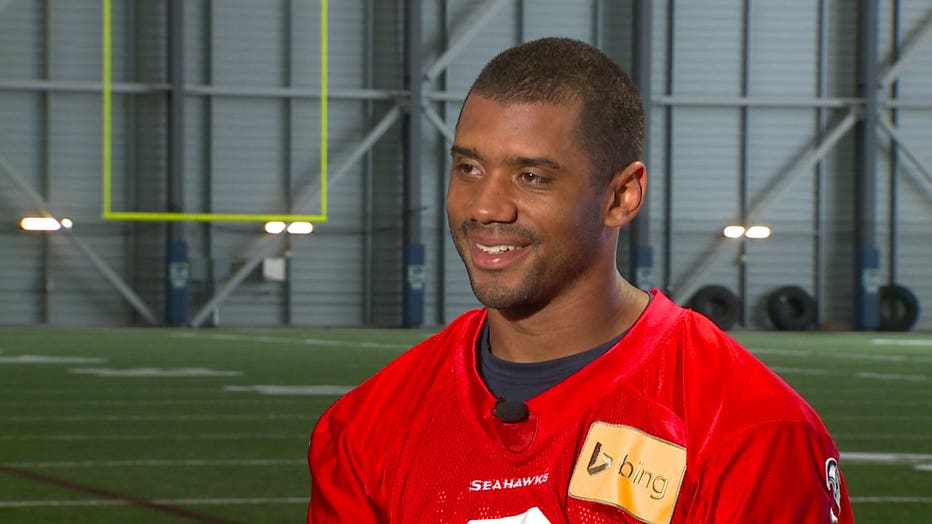 Not surprisingly, Wilson would be just fine if the Seahawks wanted to go that route.

Entering his ninth season, Wilson is still talking as though he has 10 or more years left in his career. But he’s also realistic about the fact the Seahawks are in a prime window for winning and contending for titles. A year ago, they were inches from winning the NFC West in Week 17 against San Francisco, and a different outcome likely would have changed Seattle’s final playoff result.

So if deviating from some of Pete Carroll’s run-the-ball philosophy and letting Wilson take more control is called for, so be it.

Wilson and his supporters do have a point. Since 2012, Seattle is 57-0 when leading by four or more points at halftime. Wilson has led Seattle to 95 regular season and playoff wins combined, including 21 fourth quarter comebacks.

“The reality is I want to win. That’s all. That’s all we care about, going out there and finding ways to win,” Wilson said.

One way Wilson wanted to see Seattle get better in the offseason was to bring in more star power. He made a comment during the Pro Bowl back in January about his desire to see a few additions.

Seattle did so on the defensive side, bringing in defensive backs Jamal Adams and Quinton Dunbar. The addition of veterans Greg Olsen, Phillip Dorsett and Carlos Hyde should be boosts for Seattle’s offense.

The player who might best fit what Wilson was looking for could be second-year wide receiver DK Metcalf, who is coming off a rookie season where he had 58 catches and seven touchdowns. Wilson was able to spend some one-on-one time working with Metcalf, Olsen and Dorsett during the offseason, but it wasn’t close to the big outings he’s done with his wide receivers and running backs in the past.

“It was a very unique offseason, different than ever before and to have prepared, to get mentally ready, to get physically ready, all those different things you have to do,” Wilson said. “Plus, without the ability to really deal with a larger group. ... I typically try to get a big group of guys together and we travel somewhere together — we’ve gone to Hawaii, to California, all these different places — and without being able to really do that was definitely unique.”