Nixon is believed to have been the first female to complete a touchdown pass in a varsity high school game in&nbsp;Washington state in&nbsp;November 2019 during her junior year.

Nixon is believed to have been the first female to complete a touchdown pass in a varsity high school game in Washington state in November 2019 during her junior year.

"We came in and it was an open competition. We have two sophomore quarterbacks and they’re great kids. They’re strong and they do a really good job, but she knew our offense. She knew the steps. She knew everything, crisp sharp. Her fakes were phenomenal. She could roll out. She does everything really well. So, she knew our system from playing it since 3rd grade," Kent Nevin, Fife High School football coach.

Nixon said she’s loved the sport since she can remember.

"My mom tells me that I used to ask Santa for football gear every year," she said. "I started seeing flag football from Fife in 2nd grade and then in 3rd grade, I started tackle football."

Best of all, she’s always felt like she fit right in.

Brynna’s coach said his star quarterback never complains even though some of those challenges come before the team even boards the bus. 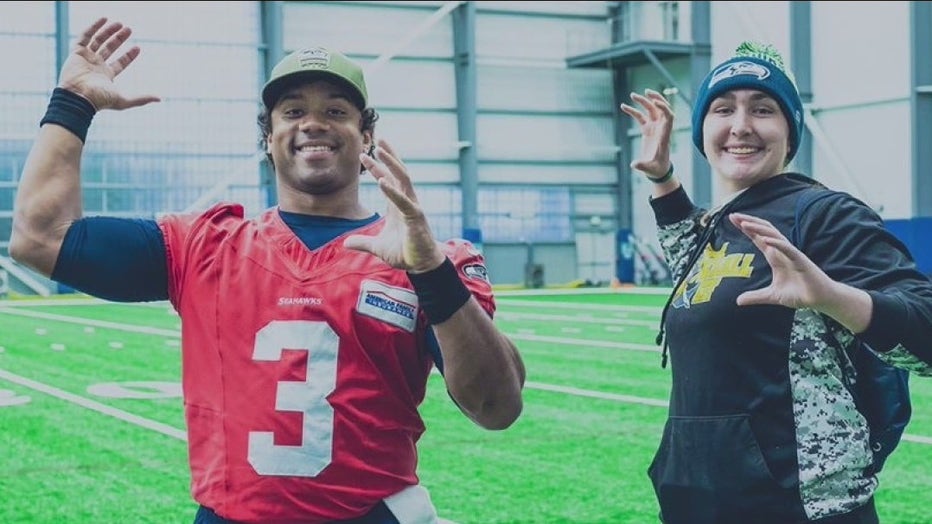 "When we go someplace, we’re not always suited up, depending how far it is, but she has to suit up, no matter where, here. Because there’s no access for a girls’ locker room for where we’re going," said Nevin. "And, I’d say some of the treatment she gets from other teams. This year we’ve had some good battles, but even when we’ve beat them, they’ll kind of pushed aside that she’s a girl and they’re like, ‘she’s not that good,’ and, well, we won."

And regardless of what others might think, Nixon never questioned her path, from junior football in third grade all the way through junior high.

"It never crossed my mind I wasn’t going to play high school football, just because I’m a girl. And, people would always ask me are you going to play football in high school, and I was like, 'yeah, why wouldn’t I?’" Nixon said. 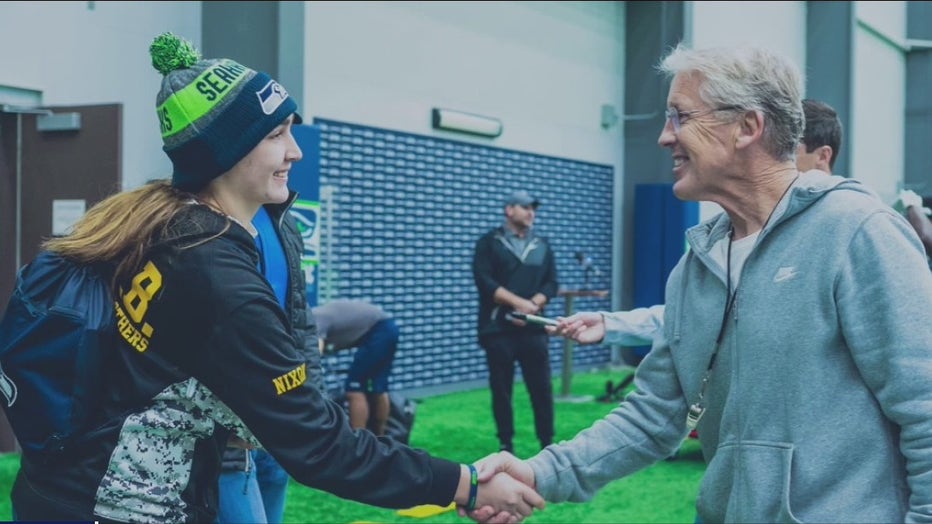 After all, she also won a punt, pass, and kick national championship and got an invitation to attend a Seahawks practice too. Nixon said she knows her success might make a difference for a future star as well.

"I just feel like what I’ve done has kind of paved a path for anybody who wants to do whatever they want. It doesn’t matter, if you want to play football and you’re a girl then go right ahead or if you’re a guy and you want to play another sport then that’s totally fine too," said Nixon.

Nixon and the Fife Trojans wrapped up their season last Friday finishing 4-2. But her path to success is just beginning.

After graduation, she's headed to Marquette University to play lacrosse and one day hopes to join the military or FBI.