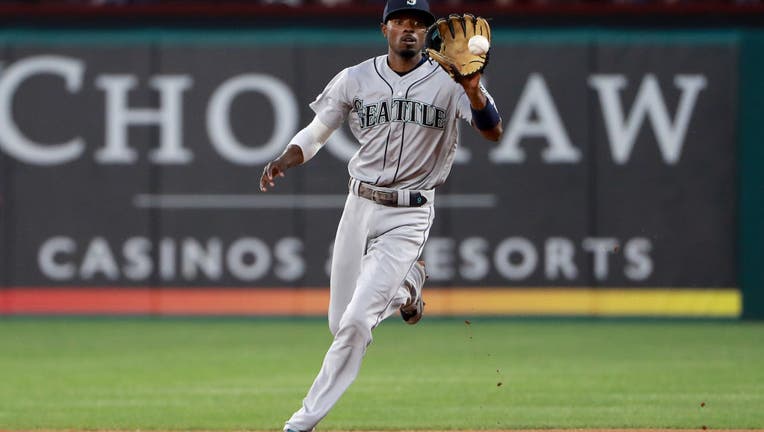 ARLINGTON, TEXAS - MAY 20: Dee Gordon #9 of the Seattle Mariners fields a ground ball hit by Nomar Mazara #30 of the Texas Rangers in the bottom of the fourth inning at Globe Life Park in Arlington on May 20, 2019 in Arlington, Texas. (Photo by Tom P

SEATTLE - The Seattle Mariners declined their $14 million club option on infielder Dee Strange-Gordon for the 2021 season on Wednesday, making the veteran eligible for free agency.

Strange-Gordon spent the past three seasons with the Mariners. He came to Seattle as a starter in 2018, splitting time between second base and center field, but transitioned into a utility role over his past two seasons with the club.

Seattle will pay a $1 million buyout.

Strange-Gordon, 32, has also spent time with the Los Angeles Dodgers and Miami in his career.