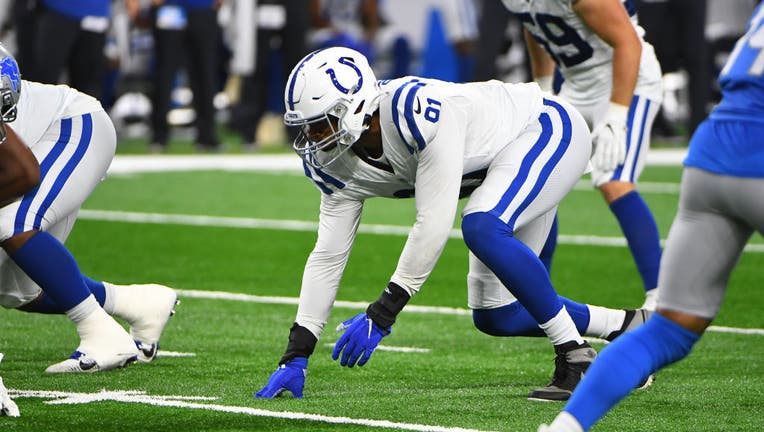 It’s a strange twist for a franchise that used to rely on fast starts during the Peyton Manning era.

Since Manning’s release in March 2012, though, opening day has been filled primarily with frowns.

There was the 20-point rout at Chicago in Andrew Luck’s debut, a loss to Manning in Denver in 2014, another blowout to the Rams in 2017 when Luck was injured and a loss to the Chargers in 2019 — both in Los Angeles. Last year began with a loss at Jacksonville — the Jaguars’ only win of the season.

"Starting off 1-0 is important, it sets the tempo for the season," All-Pro defensive tackle DeForest Buckner said. "Last year, we started off 0-1 and all the guys had a bad taste in their mouth, knowing we definitely should have won. It determined the outcome of the season. It determines who wins the division and who doesn’t."

The Colts found out Friday that Carson Wentz has been cleared to play Sunday despite missing three weeks with an injured left foot and five more days on the reserve/COVID-19 list. He practiced in full pads without limitations for the first time Wednesday.

Seattle knows it’s going to be a challenge.

"They have a great running game that’s going to complement some of their play-action stuff," All-Pro linebacker Bobby Wagner said. "He (Wentz) is really good at getting the ball out of his hands, making reads. It’ll be a lot different than the film we’re watching with Philip Rivers."

Seattle has defied the odds on early Sunday games, too. The Seahawks have won 11 of the past 12 in this timeslot, including a 3-1 mark last season.

And with Super Bowl-winning quarterback Russell Wilson, Pro Bowl receiver DK Metcalf and a staunch defense, the Seahawks may have the perfect mix to ruin another opening day for Irsay and the Colts.

"It doesn’t matter where you go, it’s the same," coach Pete Carroll said. "It’s bringing the very best that you have to bring, no matter what’s going on, every single day you have. This program has been built on that."

Seahawks fans finally get a glimpse into how Wilson fits into Shane Waldron’s new offense. Most starters didn’t play during the preseason and Carroll is curious to see how it works.

"I’m anxious and excited to see our guys go because we have guys in all of the right spots that we love," Carroll said. "We are really looking forward to them pulling off the game plan."

Reich clearly wants the Colts to be a run-first offense and with four starters back from one of the league’s top offensive lines, he’s not changing the plan.

One difference from last season — Marlon Mack will back up last season’s top rookie rusher, Jonathan Taylor, who averaged 5.9 yards and scored eight touchdowns in his final seven games but didn’t play in the preseason.

"It was good work, but nothing will really prepare you for that game-like scenario — even the preseason," Taylor said when asked about the joint practices Indy held with Carolina in mid-August. "When it’s game time, it’s game time. It’s just a whole different feel so you just have to mentally be ready to go when it’s time to go."

Seattle safety Jamal Adams needed only 12 games to break the NFL’s record for sacks by a defensive back (9 1/2), and did it despite playing most of 2020 with finger and shoulder injuries that required offseason surgery.

Now, in his second season with the Seahawks, Carroll has hinted Adams may be turned loose more frequently. Seattle views Adams a defensive playmaker capable of lining up at multiple spots to take advantage of his pass-rushing skills.