A judge set bail at $5 million for Jacaree Hardy, the man accused of killing a woman in the Renton/Maple Valley area and dumping her body in a North Seattle alley.

KING COUNTY, Wash. - A judge set bail at $5 million for Jacaree Hardy, the man accused of killing a woman in the Renton/Maple Valley area and dumping her body in a North Seattle alley.

King County Prosecutors on Thursday charged Hardy with Murder In The Second Degree and Unlawful Possession of a Firearm in the First Degree.

According to the court documents, the King County Medical Examiner’s report shows Zoey had been shot five times.

According to the court documents, Zoey went to meet Hardy at Belmondo’s Reach Natural Area on Cedar Mountain PL SE in Renton on August 31 to try to recover $1,000 that he allegedly stole from her through fraud.  Zoey’s friend showed detectives that Facebook page under the name "Rarrii Been On" that Hardy allegedly used to contact Zoey.   Hardy has three felony convictions for Fraud as well as Forgery and Theft.  He was sentenced on March 22, 2019 on Forgery charges to 40 months. He was from prison to work release on June 17, 2020 until his time was up on December 2, 2020.

Zoey asked a friend who knew about Hardy’s history of Fraud to be in the area because of safety concerns.  The friend was delayed and as soon as they pulled into the parking lot, they told police they saw Hardy’s Lexus drive off with Zoey in the front passenger’s seat.  They tried to follow but say the Lexus hit speeds topping 100 mph and lost them after they ran a red light.  When Zoey didn’t return to the parking lot, the friend called the King County Sheriff’s Office to file a missing person’s report. 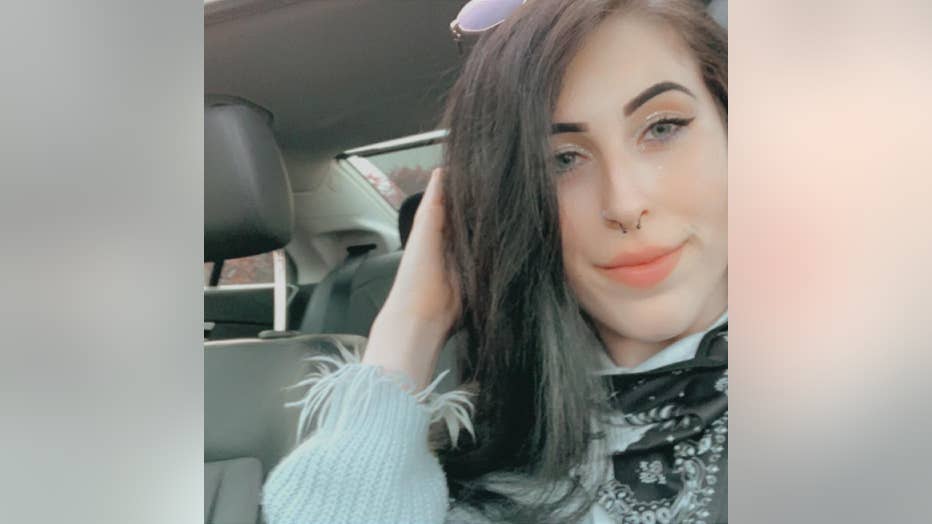 Detectives located surveillance video from the parking lot that showed Zoey get out of her car and into the front passenger side of Hardy’s light-colored sedan.  Less than two minutes later, approximately five flashes of light appear inside the car consistent with the muzzle flash of a handgun being fired.

Detectives spoke with a person who said they walked down the alley in Phinney Ridge at 1 a.m. and saw a woman lying on the ground but didn’t check on her because they thought she was just intoxicated and had passed out.

At the time of his arrest, police say Hardy was carrying a stolen, loaded Ruger 9mm.  He was located by Seattle Police homicide detectives and the U.S. Marshals hiding under a bed in a residence in the 1800 block of Grant Ave S in Renton on Wednesday after detectives received an anonymous tip following my interview with Zoey’s parents last week who offered a $5,000 reward in the case.