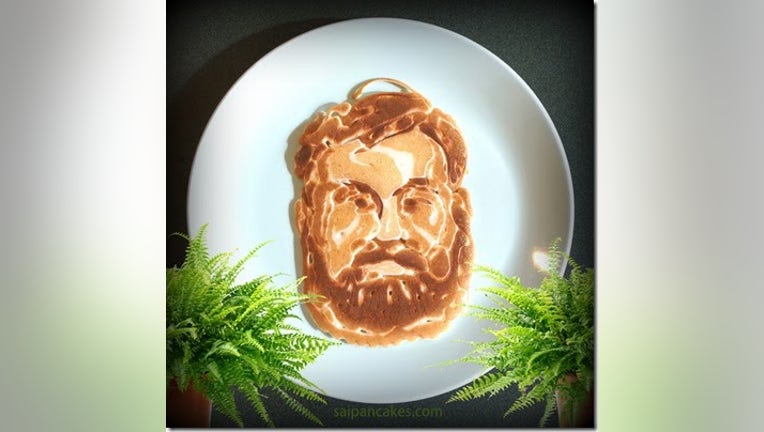 PORT ANGELES -- The intricate lines of the chambered nautilus, the vampire squid and the giant pacific octopus are not easy for an artist to capture. It takes a true master to depict the depth of shading, the delicate tentacles and the ridges on the back of these cephalopods. An artist with deft hands, a gently touch, and the perfectly crafted pancake batter.

Bisquick batter and soy, to be exact.

Whether it's cephlapods, creatures from Star Wars or Nelson Mendala's face, 34-year-old Shields' says his hand-crafted pancakes to take batter, the dispenser and -- most importantly -- practice to master.

"Sometimes it takes all morning to get them right," he said. "I remember one morning just eating plate after plate of Nelson Mandela's face until it came out." 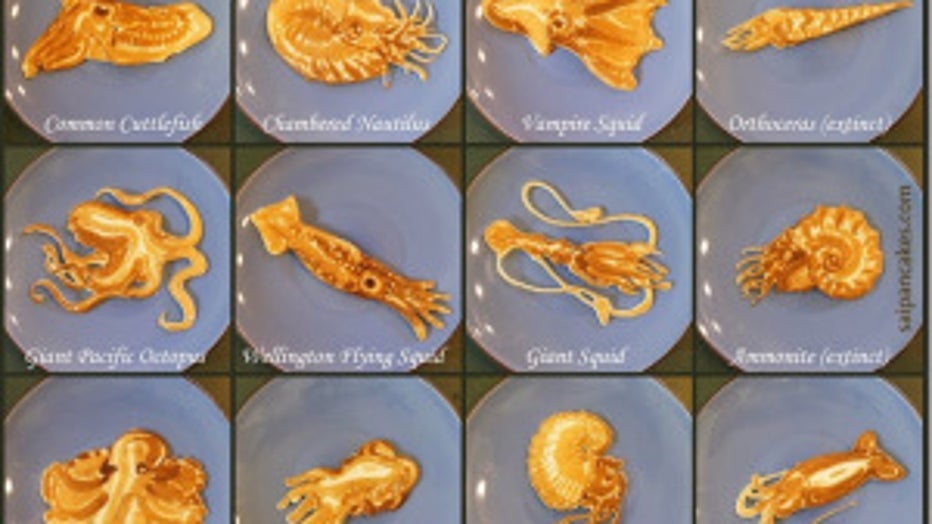 Shields, a father of a 3-year-old girl and a 6-year-old boy, lives in Port Angeles. But his journey into the world of decorative pancakes began thousands of miles away in the U.S. Commonwealth of Saipan.

A graduate of Western Washington University with a Bachelor's Degree in math and a Master's in teaching, Shields moved to Saipan two years ago with a wife.

While there, Shields, who had worked previously as a high school math teacher, found himself for the first time as a "professional" stay-at-home dad, he said.

Like any attentive dad, he took his children to school, read them nighttime stories and made them breakfast. It was during one of these breakfasts that the math major who had long considered art and drawing a major hobby decided to try something new.

"My mom always made faces in my pancakes when I was a kid," Shields say. "Since pancakes were a weekly thing with my kids, I added faces and kept upping the ante to add more and more detail."

Before long, Shields was crafting intricate drawings of whatever happened to be on his mind at the time. Math, local wildlife, characters from his kids' favorite movies. It was a way to pass the time, entertain the kids and create unique art.

Shields posted pictures of some of his favorite pancakes on Facebook. They garnered much more attention than he was expecting so he decided to create a blog of all his weekly flapjacks. The blog featured detailed pictures of his creations, and videos on how to draw the cakes for other parents interested in the craft.

Shields said the process is simple. Put the batter in a cleaned-out mustard bottle or like instrument, and pour the darker shaded areas first, giving them more time on the pan. It takes practice at first, Shield said, though his kids don't mind eating stacks and stacks of pancakes.

He remembers specific days where concepts -- mostly portraits -- were harder than others.

"It's been more than two years and they are still excited about pancake day," Shields said.

Book in the works?

Shields and his family left Siapan after nine months and moved to Port Angeles, where they still make pancakes. He said his blog, Saipancakes.com, has garnered him some attention, including stories from the international Daily Mail, food blogs and local news stations. Shields still cooks, usually around a theme, varying from biology, to portraits of actor like Zach Galifianakis.

"His face was easy," Shields said. "A beard covers most of the detail."

Shields has slowly migrated back into teaching and a myriad of other hobbies. While his enthusiasm for cakes has waned ever so slightly,he soon 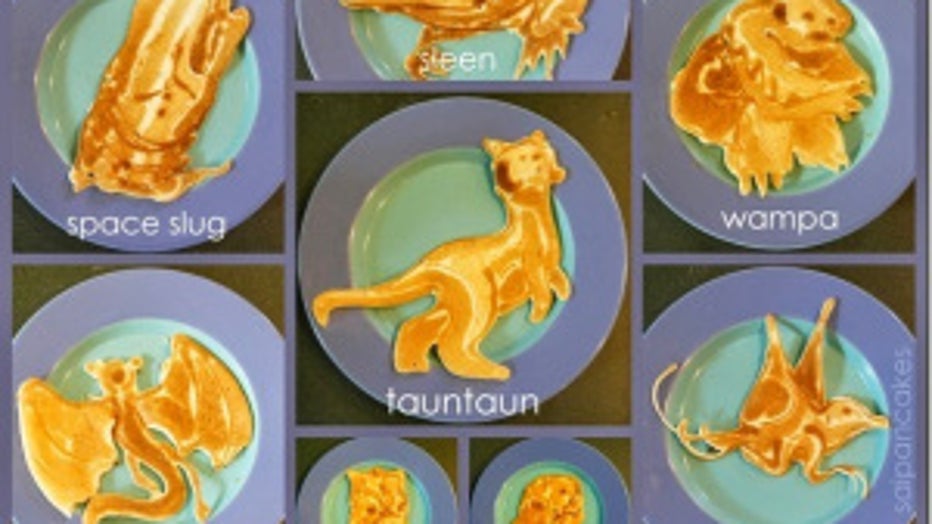 plans to release a coffee table book, once he gets a few more cakes under his belt.

He encourages anyone who has an interest in making cakes to visit his blog for help. He also encourages people to message him suggestions for next week's theme.

Lately, his cakes have been geared toward mathematics.

"We have a series of mathematicians lately," Shields said.

Ever bit into a drawing of Alex Grothendieck? He's sure to be delicious. Just make sure it's with Bisquick batter.