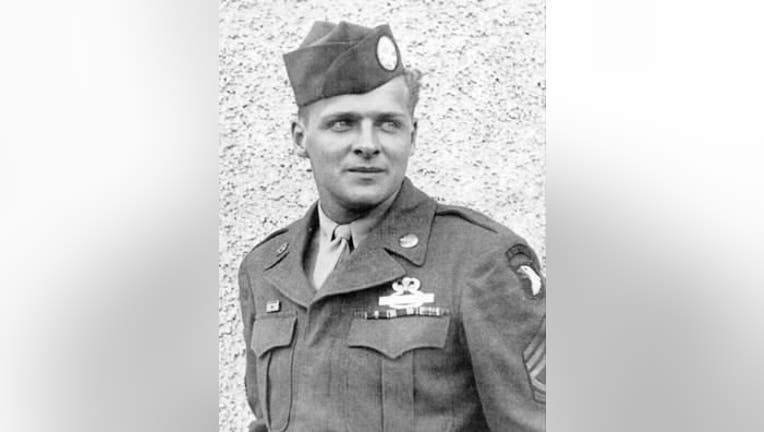 Salem, Ore. - Donald Malarkey, a World War II paratrooper who was awarded the Bronze Star after parachuting behind enemy lines at Normandy to destroy German artillery on D-Day, has died. He was 96. Malarkey was one of several members of "Easy Company" portrayed in the HBO miniseries Band of Brothers.

Malarkey was a University of Oregon freshman when he was drafted into the Army in 1942 and volunteered to become a paratrooper. He fought across France, the Netherlands, and Belgium and with Easy Company fought off Nazi advances while surrounded at Bastogne during the Battle of the Bulge in December 1944, reports the AP.

Malarkey met with historian Stephen Ambrose in 1987, and in 1989 traveled with other members of Easy Company to Europe to provide oral histories of their war experiences.Those recollections became the basis for Band of Brothers and an earlier book with the same name written by Ambrose.

He remained close to the other surviving members of Easy Company and attended his final Easy Company reunion in August. "You could look back and with great pride realize that you had done a very significant thing and acted responsibly in what amounted to saving the world," Malarkey told Oregon Public Broadcasting in 2012.
Malarkey is survived by his three daughters and his sister.

This article originally appeared on Newser: Man who famously fought off the Nazis has died
More From Newser