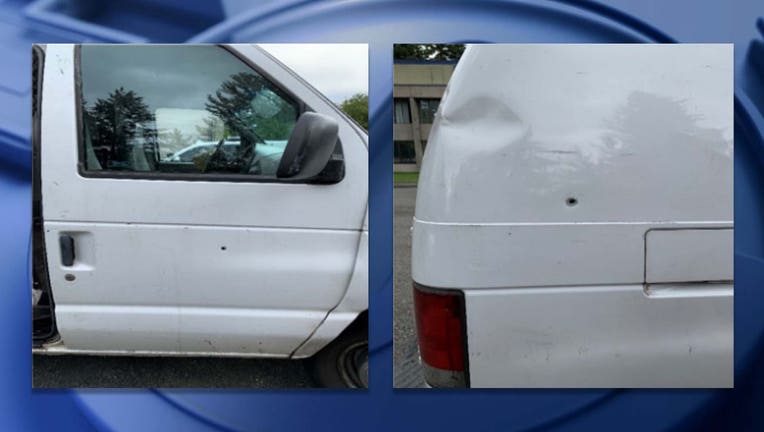 Authorities say a person called 911 at 11:45 p.m. on Aug. 8, saying that had been shot at by another vehicle near the Albro St. exit on northbound I-5. State troopers met with the victim at the Goodwill parking lot on Dearborn and confirmed their van had been shot, identifying at least two bullet holes in the side.

The victim said they were driving on I-5 when a dark-colored sedan sped past and shot four times at them, then drove off with two possible suspect vehicles.

The victim had a superficial wound on his right elbow, troopers say, and was treated by Seattle Fire personnel.

No other information is known about the suspects or what might have led up to the incident. Anyone with information on the incident is urged to email WSP Detective Early at todd.early@wsp.wa.gov.