SPANAWAY, Wash. - Washington State Patrol (WSP) is looking for a man accused of shooting at another driver while on a highway in Spanaway.

Troopers say on Sept. 14, an orange Dodge Charger was stopped northbound on SR-7 to turn left onto Cross-Base Highway. The driver of a silver Audi sedan pulled up next to the Dodge's passenger side and fired multiple shots at the stopped vehicle.

The driver of the Dodge sped up and got onto Cross-Base Highway to get away from the shooter, who followed them onto the highway and continued shooting.

The Dodge's passenger side was hit twice before the Audi driver continued westbound toward Spanaway Loop Road South.

It's unclear if this was a targeted shooting or a random incident.

The driver of the Dodge was uninjured. 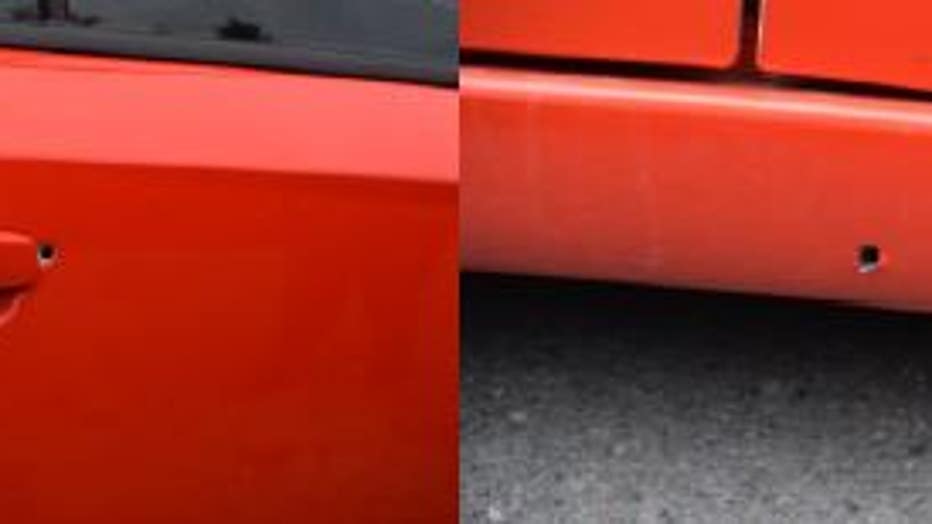 Witnesses said the driver of the Audi was a white man with facial scars and dark hair. His passenger was a woman with red and yellow hair.

Witnesses were unable to get a full model and plate description, but they said the silver Audi had a license plate with the letter "Q" in it.