Woman dies in I-90 crash in Issaquah

ISSAQUAH, Wash. - Troopers are investigating a crash that left a woman dead Friday morning on Interstate 90 in Issaquah.

According to the Washington State Patrol, troopers were called around 9:00 a.m. to westbound I-90 near Front St.

Troopers said the driver of a car drifted onto the shoulder and hit a Washington State Department of Transportation trailer. The woman died at the scene.

Nobody else was hurt.

Eastside Fire & Rescue said a golden retriever dog survived the crash and was taken to a nearby hospital.

WSP is investigating the crash. 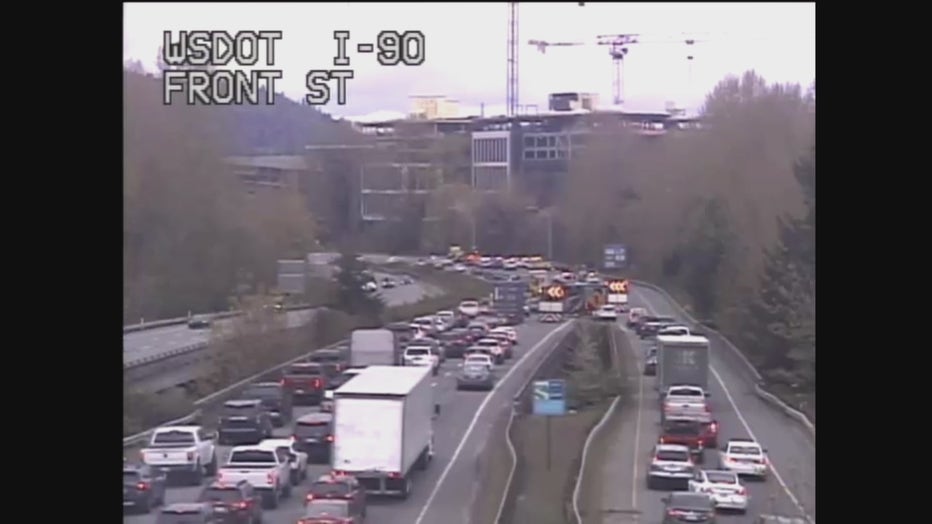