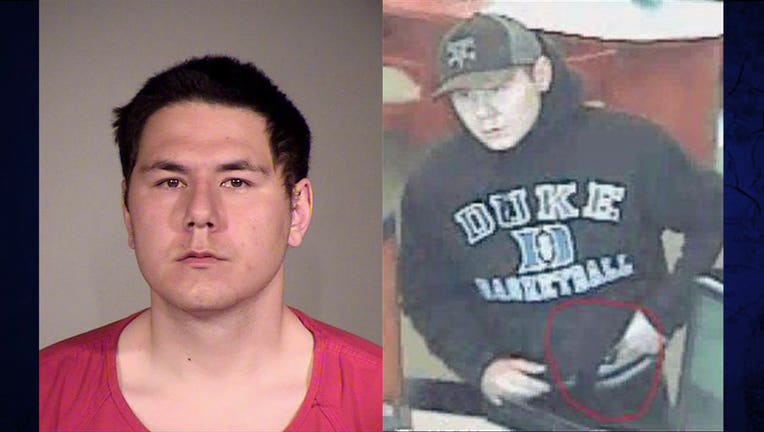 FUGITIVE CAPTURED Feb. 19, 2014 -- Accused armed bank robber, Alexander Semba, was caught Wednesday, thanks to WMW viewers. Tips led Seattle detectives to a motel on Aurora Ave., where he was arrested. FUGITIVE WANTED IN SEATTLE Feb. 14, 2014 Seattle police are searching for a wanted bank robbery who accused of also burglarizing homes in North Seattle. Detectives say Alexander Semba robbed the Washington Federal Savings Bank on Holman Ave. NW. A surveillance photo from the robbery show him pulling up his Duke basketball sweatshirt to show the teller the pistol he had in his waistband. If you know where police can find him, Crime Stoppers and the Washington Banker’s Association will give you a $1,000 reward. Call an anonymous tip into: CRIME STOPPERS: 1-800-222-TIPS You must call the Crime Stoppers hotline with your tip to be eligible to receive a cash reward for information leading to a fugitive’s arrest. CLICK HERE for information on how to TEXT A TIP to Crime Stoppers