REDMOND, Wash. -- Troopers are asking for people who witnessed a shooting on State Route 520 Tuesday afternoon to come forward.

According to the Washington State Patrol, the victim was driving a 2000 BMW eastbound on SR 520 around 3:15 p.m. when a 1992 Honda Accord approached them from behind. 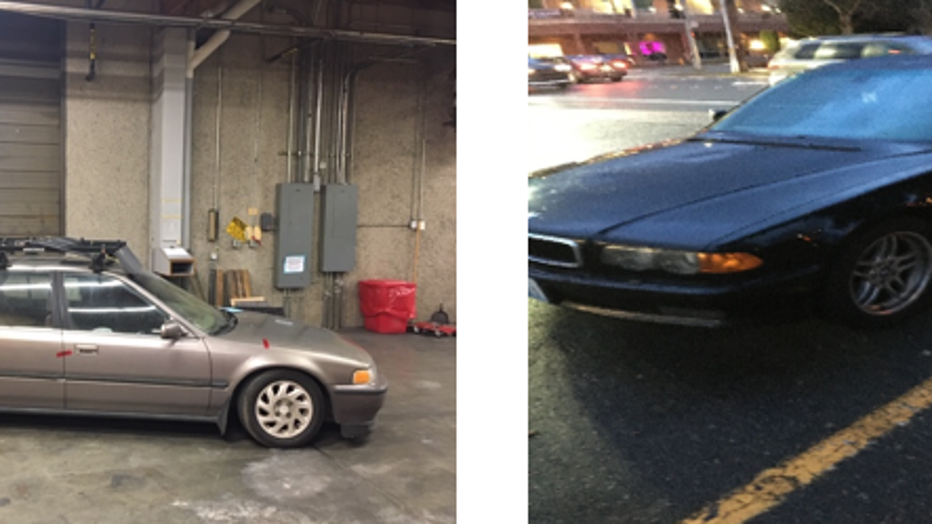 Suspect and victim vehicles. From WSP.

The victim was uninjured and reported the incident to state troopers. A short time later, Duvall police stopped the Accord and arrested the suspect driver.

The suspect was booked at the King County Jail.

Troopers are asking anyone who witnessed the event to report what they saw at 425-401-7747.