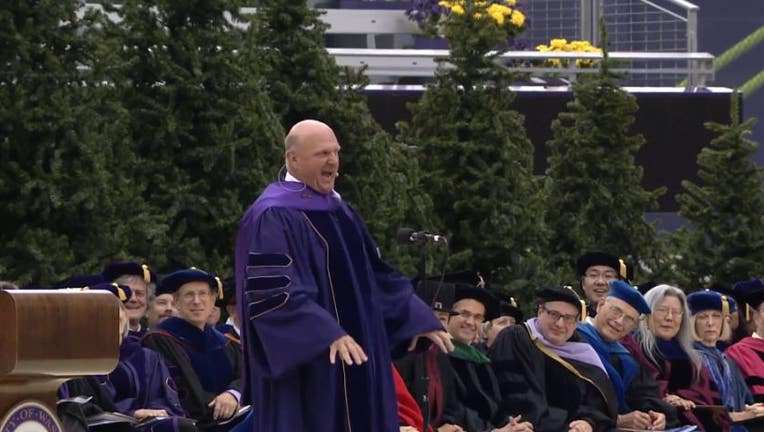 SEATTLE --  Former Microsoft CEO Steve Ballmer had quite a reputation at company meetings and during public speeches that he could get pretty loud.

Well he's still at it and over the last weekend he was at it at the University of Washington commencement ceremony where he was a speaker.

Seconds after taking to the podium Ballmer was out from behind it pacing and shouting.

WATCH WHAT HE TOLD THE GRADS BELOW: