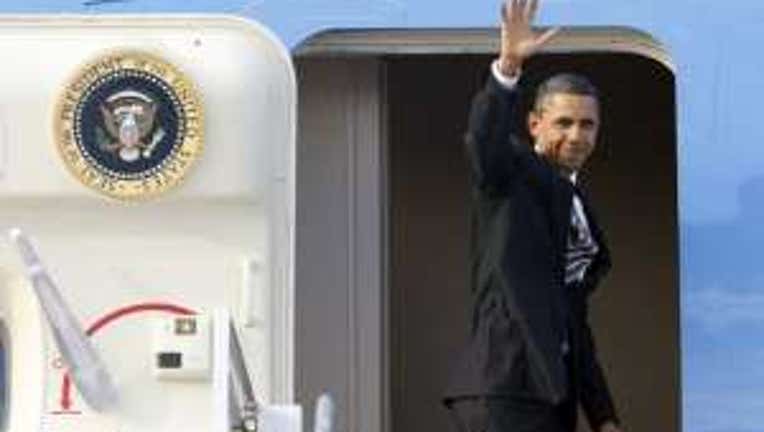 WASHINGTON -- The White House on Monday dismissed a Republican counteroffer to avert the so-called fiscal cliff  as failing to “meet the test of balance” by resisting higher tax rates for the wealthy, a point that remains a key hurdle in the impasse over spending and revenues.

Dan Pfeiffer, the White House communications director, said in a statement that what congressional  Republicans had billed as a “good-faith effort” to move toward compromise contained “nothing new” and offered no specifics on how they’d achieve revenue targets included in the plan.

“Until the Republicans in Congress are willing to get serious about asking the wealthiest to pay slightly higher tax rates, we won’t be able to achieve a significant, balanced approach to reduce our deficit,” Pfeiffer said in the statement, released two hours after details of the GOP offer emerged.

Republicans greeted the White House response as a demonstration of “how unreasonable it has become.”

“If the president is rejecting this middle ground offer, it is now his obligation to present a plan that can pass both chambers of Congress,” said Brendan Buck, a spokesman for House Speaker John Boehner, R-Ohio.

The Republican plan would raise $800 billion through an overhaul of the tax code, coupled with $600 billion in cuts to health entitlement programs, an additional $200 billion from “reforms” to Social Security, and half a trillion dollars in other spending cuts. They said the proposal was modeled after suggestions that Erskine Bowles, former White House chief of staff in the Clinton administration and co-chairman of President Obama’s  debt commission, made to a congressional committee a year earlier.

But Bowles released his own statement distancing himself from the GOP offer, which he said “does not represent the Simpson-Bowles plan, nor is it the Bowles plan.”