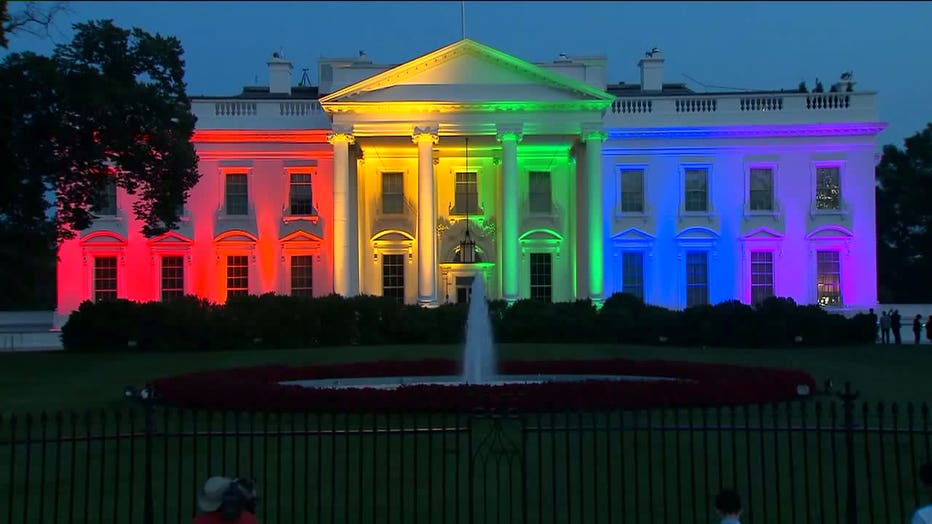 WASHINGTON (AP) — The White House was lit Friday night in rainbow colors in commemoration of the Supreme Court's ruling to legalize same-sex marriage.

Gay and lesbian couples in Washington and across the nation are celebrating Friday's ruling, which will put an end to same-sex marriage bans in the 14 states that still maintain them.

President Barack Obama said earlier Friday that the court ruling has "made our union a little more perfect."

The colors illuminated the north side of the White House as Obama returned Friday evening from Charleston, South Carolina, where he delivered the eulogy of the funeral of Clementa Pinckney, one of nine people murdered in the massacre at the Emanuel African Methodist Episcopal Church last week.