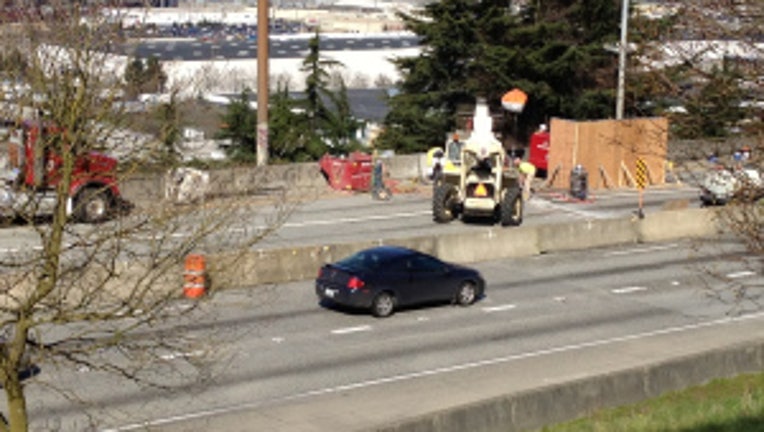 SEATTLE -- If you're driving north on Interstate 5 in South Seattle this weekend, be prepared for serious traffic backup.

On Friday, Washington state Department of Transportation crews closed three of five northbound lanes of I-5 between South Albro Place/Swift Avenue off-ramp and the I-5 /West Seattle Bridge interchange.

The lane closures are for road crews to replace four aging and worn expansion joints. The closures will remain in effect until 5 a.m. Monday.

In addition, crews will close a fourth northbound lane on Saturday and Monday between midnight to 4 a.m. to remove concrete barriers.