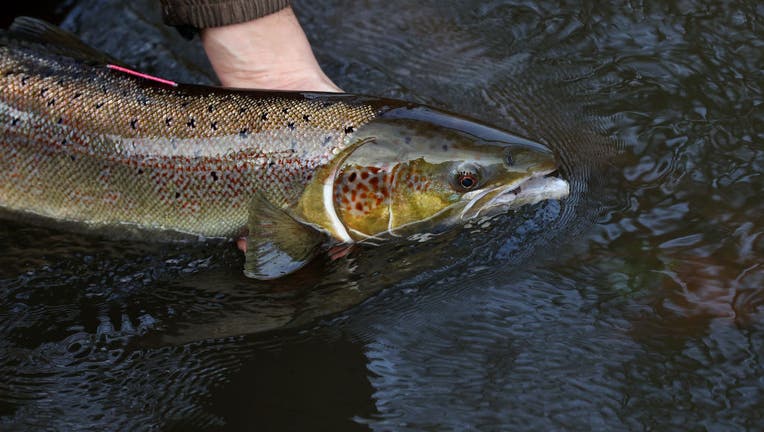 INDEX, Wash. - A fish hatchery in Washington state has said it will stop importing steelhead trout from the Columbia River and instead rely on native fish.

State Department of Fish and Wildlife project coordinator Jim Scott said using fish from the region helps maintain genetic diversity of steelhead trout in the Skykomish River near the community of Index about 60 miles (97 kilometers) northeast of Seattle, The Daily Herald reported.

"Using local natural-origin fish limits any potential negative impacts to wild fish on the river," Scott said. "It’s a new path forward for our steelhead programs in the region."

The hatchery, which is co-managed by the Department of Fish and Wildlife and the Tulalip Tribes, was designed to increase the number of steelhead trout in the river.

The new program, aimed at boosting steelhead trout numbers, will collect fish near the Sunset Falls waterfall to use in the hatchery, officials said. The hatchery is expected to open in April.

A draft environmental assessment for the hatchery is open to public comment through Monday.

"A lot of times the local people have more knowledge about an area," said Emi Melton, a fish biologist with the National Oceanic and Atmospheric Administration. "We do a public comment period to make sure we didn’t miss anything."

"Hatchery programs help us, but long-term we’re not going to be able to have (steelhead) in the Skykomish if we don’t maintain and improve our habitat," he said.