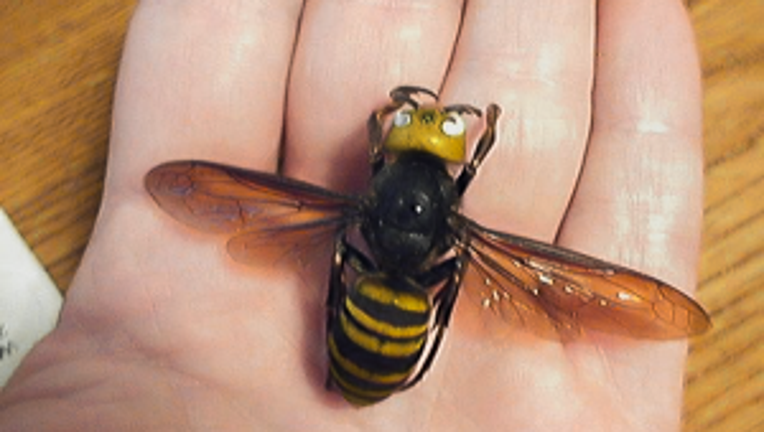 BELLINGHAM, Wash. (AP) - About 600 traps to catch invasive Asian giant hornets are being placed in Northwestern Washington’s Whatcom County by the Washington State Department of Agriculture, more than doubling the number already set out by citizens.

The state traps are being placed around Blaine, Custer and Bellingham, the only places in the U.S. that the giant hornet has ever been found, The Capital Press reported. The traps are being put on the edge of forested areas.

The state has waited until worker hornets are active to put out the traps.

Asian giant hornets — their Latin name is Vespa mandarina — are the world’s largest hornets. They are brutal to pollinators, known to decapitate honey bees and the subject of wide fascination.

Five Asian giant hornets have been found in Whatcom County since last winter.

Asian giant hornets are native to mainland southeast Asia and Taiwan. Queens nest in the ground over the winter and emerge in April. Workers start foraging in late June.

The worlds largest hornet, which has an appetite for honey bees, has been found in Washington state, where entomologists were making plans to wipe it out. The hornet was sighted for the first time in the U.S. last December, when the state Department of Agriculture verified two reports near Blaine, Washington, close to the Canadian border. It also received two probable, but unconfirmed reports from sites in Custer, Washington, south of Blaine.