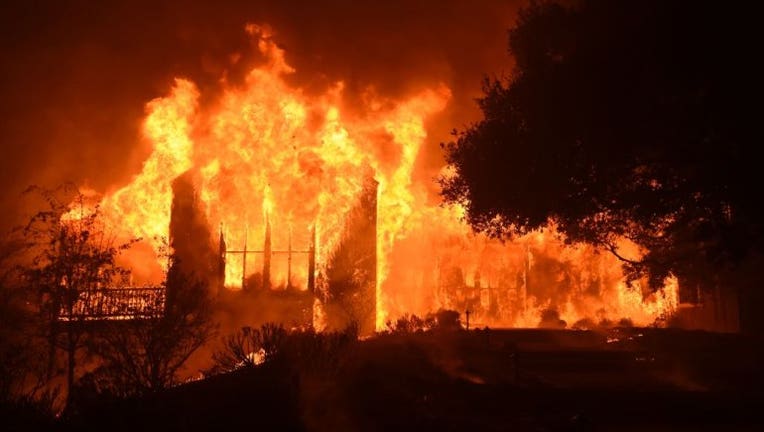 The main building at Paras Vinyards burns in the Mount Veeder area of Napa in California on October 10, 2017.Firefighters battled wildfires in California's wine region on Tuesday as the death toll rose to 15 and thousands were left homeless in neighb

SEATTLE -- Some 65 firefighters and seven wildland fire engines from Washington's Department of Natural Resources are traveling to northern California to help in the effort to contain wildfires that have killed over two dozen people.

Officials say more than 8,000 firefighters were battling the blazes and additional resources also were coming from throughout the country and Canada and Australia.

The fires north of San Francisco have destroyed 3,500 home and businesses and killed at least 27 people, with many more still missing.