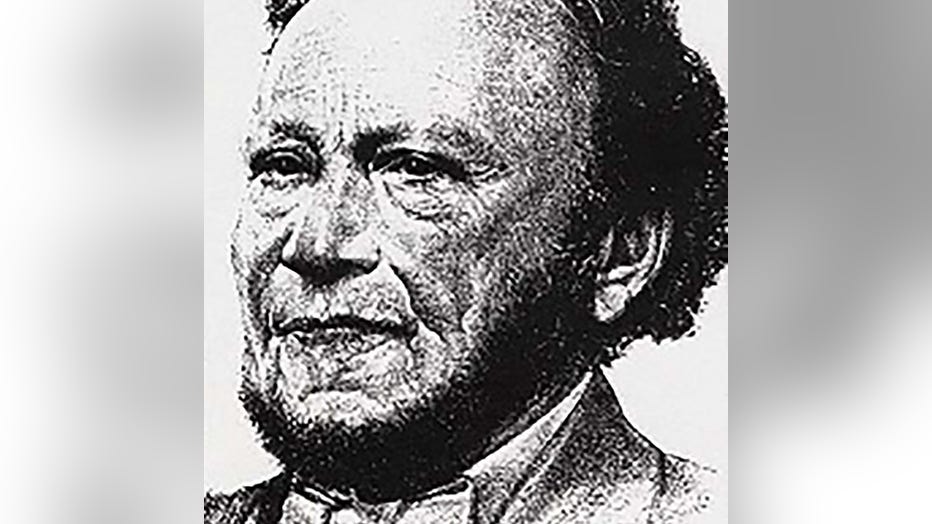 The state Department of Enterprise Services, which oversees the Capitol Campus, announced Tuesday that the monument is a collaboration between the department and the Washington State Historical Society, KUOW-FM reported.

"This is a great step forward in recognizing and celebrating the diversity and spirit that shaped Washington," department Director Chris Liu said.

Bush, who was biracial, helped lead white families that left Missouri in 1844 along the Oregon Trail. Missouri was a slave state at the time and was forcing free Black people like Bush to leave. Bush and his fellow pioneers — known as the Bush-Simmons party — intended to stay in present-day Oregon but learned there were Black exclusionary laws. The group instead settled in 1845 along the Deschutes River in what is now Tumwater, Washington.

"The Bush family found success and prosperity in their new home. They worked the land as farmers and raised award-winning wheat, traded with local Indigenous people, built (a) sawmill and began a small logging operation," according to online history records from the department.

The Bush family and their companions were the first non-Indigenous people to settle in the area, more than 40 years before Washington became a state.

Bush died in 1863. He was 73. His oldest son William, who went by his middle name Owen, became a member of the inaugural state Legislature in 1889. He helped found Washington State University.

The monument, dedicated to Bush and his son, will include a bronze plaque mounted on a 30-inch tall granite pedestal. The plaque credits Bush with helping to establish the "first non-Indigenous American settlement in Washington."

The monument is expected to receive funding through an appropriation made by the state Legislature last year to celebrate Black history in Washington state. The installment could happen as early as this summer.

An advisory committee is guiding the monument’s progress. Black Heritage Society of Washington State president Stephanie Johnson-Toliver said having Bush and his family "recognized at the state level in this way is huge."