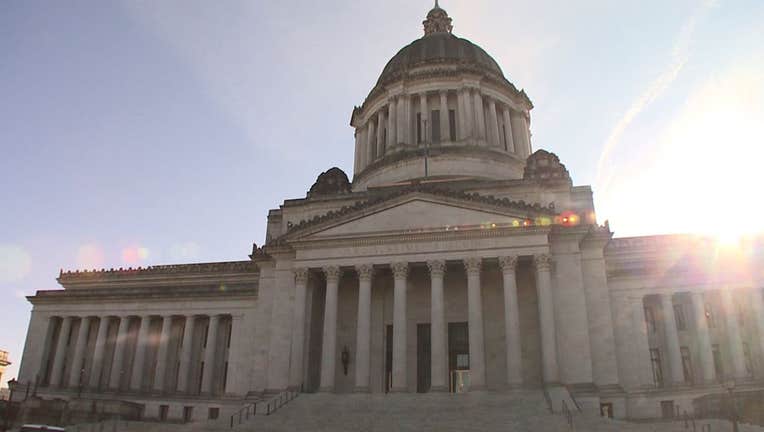 OLYMPIA, Wash. - Guns and other weapons would be prohibited at ballot counting sites and school board meetings across the state, under a bill approved by the Washington House Monday.

House Bill 1630, which passed the Democratic-led chamber on a party line 57-41 vote, also bans openly carried firearms at local government meetings and election-related facilities like county election offices, though people who have concealed pistol licenses would be allowed to carry their concealed weapon.

The bill now heads to the Senate for consideration.

Supporters cited the heightened acrimony over elections and COVID-19 mandates as reasons why the restrictions are needed.

"With all the conspiracy theories and tension that exist around our electoral process, our dedicated election workers do not need to conduct their jobs in fear," said Democratic Rep. April Berg.

She noted that firearms are already prohibited at several designated places statewide, including restricted areas of jails, courtrooms, taverns and commercial airports.

"We should not allow guns in places where we are performing democracy, period," she said.

Republican Rep. Kelly Chambers said the measure unfairly targets those who have concealed pistol licenses, and "hampers their ability to defend themselves."

"It makes the rest of the community less safe when we continue to chip away at the areas in which these law-abiding citizens are able to carry their weapons in a concealed manner," she said.

Under the bill, it would be illegal to knowingly bring firearms — either openly carried or carried with a concealed pistol license — and other weapons to school board meetings and ballot counting centers. Openly carried weapons would be prohibited at other election-related sites, like elections offices, voting centers and student engagement hubs.

Law enforcement is exempt from the restrictions, as are any security personnel hired at a location.

Violation of the law would be a gross misdemeanor, punishable by up to one year in jail and a fine of up to $5,000, or both. Additionally, any person convicted would have their concealed pistol license revoked for three years.

Under the measure, a person must knowingly be in violation of the law in order for the criminal penalty to apply.

READ MORE: Gary Ridgway could be released from prison if bill passes that would end life without parole