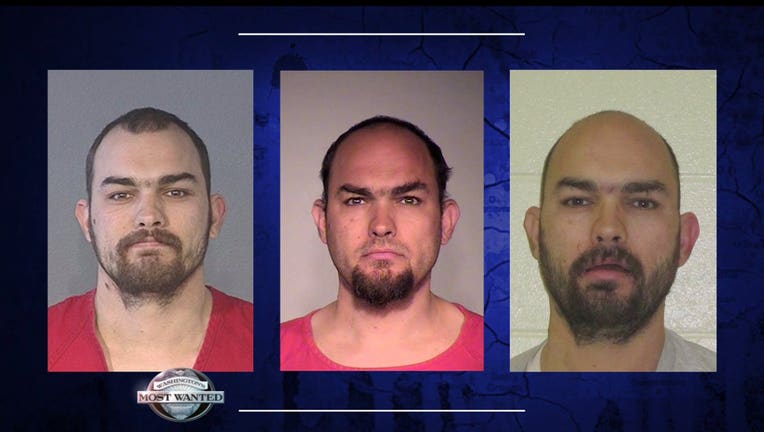 CAPTURE UPDATE -- The Department of Corrections says Michael Carpenter was arrested on February 16th, 2015. FUGITIVE WANTED BY DOC IN KING COUNTY January 9, 2015 -- The hunt is on for a dangerous and extremely violent mentally-ill offender. His name is Michael Carpenter and he's missing in King county where he’s breaking probation on a horrific assault in which he attacked his brother-in-law with a butcher knife and razor blade. He told police the voices in his head made him do it. "His victim made it to a nearby gas station where witnesses called police,” says Department of Corrections Ofc. Emily Isaacs. “When police and medics responded, they saw that the brother-in-law had been slit from ear-to-ear across this throat and also gashed all across his stomach. As they were attending to him, Carpenter just walked up to them and simply said, ‘I did it. You got me.’ He admitted to police that he was off his medication, wanted money that his brother-in-law didn’t give to him, and the voice in his head named ‘Marvin’ told him he needed to attack his brother-in-law.” Michael Carpenter is 6’4”, weighs around 225 pounds, has a ton of tattoos all over his arms and is known to use the fake names "Veef Reed" and "Jeff Reed." He's been busted for another assault, theft, escape, and contempt of court. If you know where this Dangerously Mentally Ill Offender is hiding, call an anonymous tip into: CRIME STOPPERS: 1-800-222-TIPS You must call the Crime Stoppers hotline with your tip to be eligible to receive a cash reward for information leading to a fugitive’s arrest. CLICK HERE for information on how to TEXT A TIP to Crime Stoppers