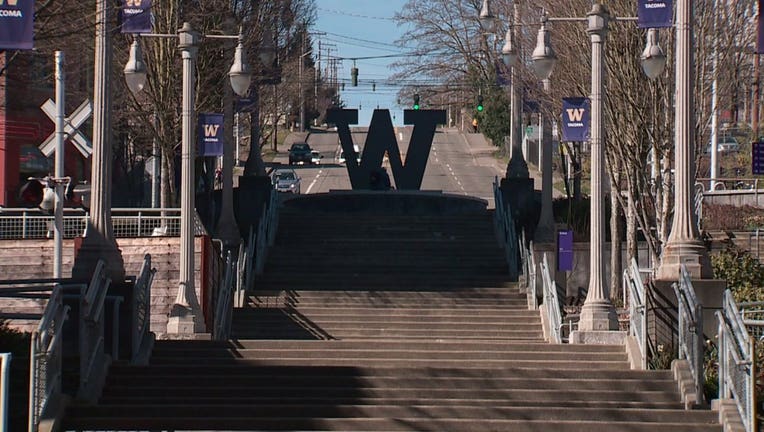 TACOMA -- The University of Washington at Tacoma has declined to have U.S. Customs and Border Patrol participate in its winter career fair after outcry from students and faculty.

The issue came up last week, when UW Tacoma employees started emailing each other about CBP registering for the recruitment event. The Tacoma News-Tribune first reported on it. Students said they planned to protest if CBP was allowed to attend.

UW Tacoma officials told Q13 that the decision was made "after careful deliberation and welcome feedback from students and faculty."

Here's the school's statement in full:

"As a university campus with one of the most diverse student bodies in the U.S., we strive to create an environment that is supportive for all our students. We have students who are immigrants and whose parents are immigrants. And we have students who are interested in learning about career opportunities with a wide range of employers, including the nation’s uniformed services.

We know there will be times when employers request access to our career fairs whom some may regard as controversial. UW Tacoma does not endorse or recommend employers, and the presence of an employer on campus does not imply our endorsement or recommendation.

Our “employer user policy” that all employers must agree to before they are allowed to recruit among our students, whether online or face-to-face, allows us at our discretion to grant or limit an organization’s access to recruit at any time.

In this particular instance, the upcoming presence of U.S. CBP on campus had created significant concern among a number of our students and faculty, who stated very clearly that they would feel unsafe and dissuaded from participating in the career fair. Considering the positive and educational purpose of the career fair, we determined the best course of action was to ask CBP not to participate, and they agreed."

A CBP spokesman told the Tribune that it's common practice for border patrol to register at local career fairs.

Students who threatened to protest said they will still gather during the career fair Wednesday to highlight a bill that would ban the expansion of the ICE detention center in Tacoma.