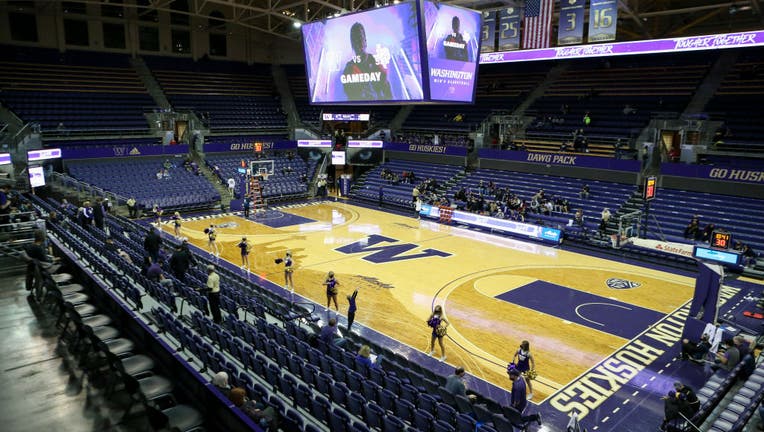 SPOKANE, Wash. - The University of Washington men's basketball game at Gonzaga scheduled for Sunday has been canceled.

According to UW, the game has been canceled due to COVID-related protocols on the Huskies' side.

According to The Seattle Times, on his weekly radio show, head coach Mike Hopkins said several players were placed into a 10-day quarantine but did not specify how many players tested positive for the virus. He added no one has suffered a serious illness.

"This series is important to both schools and the administrations will begin working on an agreeable date for this game in Spokane next year," UW Athletics said.

Hopkins also said the team has been unable to practice due to a shortage of players.

The game will not be made up this season. The schools said Thursday that continuing the series is important and the programs would be working to find a date for the game to be played in Spokane next season.

The Gonzaga game is the third straight game to be postponed or canceled for Washington since a COVID-19 outbreak hit the Huskies last week. Washington’s game at No. 11 Arizona was postponed until January, while its home game against No. 4 UCLA was canceled and officially recorded as a forfeit.

UW is the first Division I team to forfeit a game this season due to COVID.