In his own words: The value of the ‘Make Camo Your Cause’ campaign

Meet Patrick Carl Henderson, a U.S. Army veteran and family man who never thought he'd end up living on the streets. Here's how the U.S. VETS organization helped him turn his life around.

After a couple of overseas deployments and a decade of thriving in civilian life back home, U.S. Army veteran Patrick Carl Henderson never imagined he’d end up sleeping on the streets. But as he experienced firsthand: "It can happen overnight."

Henderson, a Los Angeles native and family man, enlisted in the Army to escape a bad crowd, and when he returned, "life was great." He was a father and a husband, a supervisor at a company for nine and a half years.

"But then I got sick, just stressed out, and I wasn’t able to work because of my mental state," he recalled. "It was straight downhill from there."

Henderson lost his job, then his wife. When he could no longer pay rent, he moved into his car. After his car was stolen, he turned to sleeping on trains all day and on park benches at night.

"The only thought I was having was, how am I going to survive tonight for the next day," Henderson continued. "The longer you’re out there, it changes the best person into the worst."

Today, Henderson is flourishing once more, thanks to the work of U.S.VETS, a nonprofit that provides housing, counseling, career and supportive services to help U.S. veterans experiencing homelessness rebuild their lives.

In addition to the life-changing services they provide, U.S.VETS works to bring visibility to the struggle of many who served through "Make Camo Your Cause" — a campaign to end veteran homelessness in America while transforming what it means to wear camo at home.

"Everything you needed for a home, they made sure you got it, a bed, a couch ... they got me everything ... After a while I started realizing, I’m safe here," Henderson said. "I’ve always been a person that cared for people, period. And all that came back because I was here.

"I fell down to zero and now I’m back to normal."

Nearly 38,000 veterans experience homelessness in the U.S., according to U.S.VETS, about 9% of all homeless adults. FOX Corporation and its employees are teaming up with U.S.VETS to spread awareness and wearing camo to support the cause on Veterans Day.

What is ‘Make Camo Your Cause’? 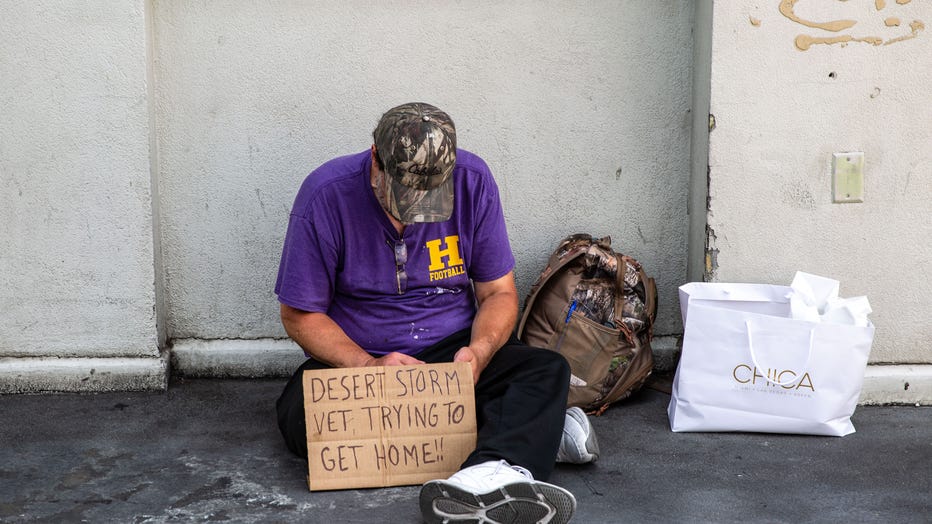 U.S.VETS launched its "Make Camo Your Cause" campaign to establish camouflage as the official symbol to honor its veterans.

"Camo was designed to conceal and protect our soldiers in combat. Today, in America we wear camouflage to stand out from the crowd and to demonstrate our patriotism and pride," the organization wrote. "With your support, #HONORUSVETS will give camo a new meaning, showing the community you believe our veterans deserve every opportunity to live with dignity and independence."

The organization encourages employees and customers to wear camo clothing and share their message on Veterans Day.

LINK: Here's how you can help or donate

How to get involved 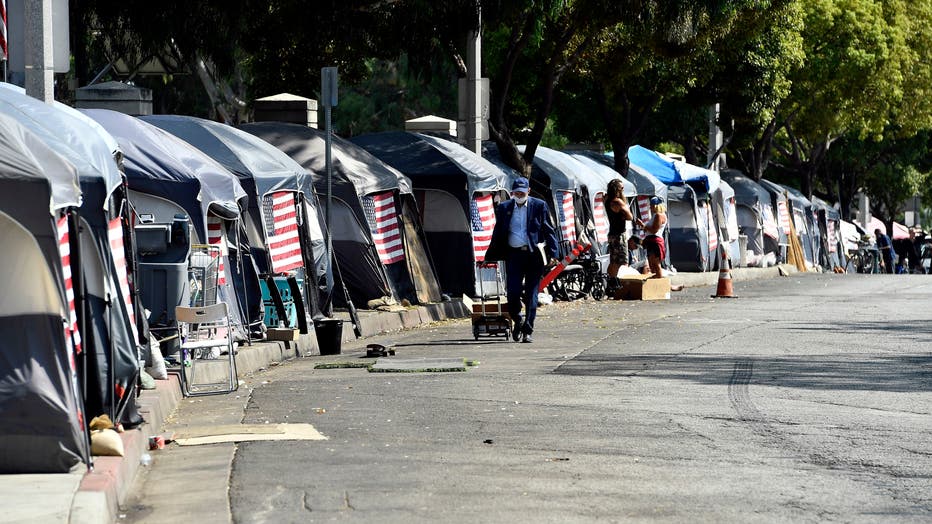 FOX is asking businesses to purchase apparel from U.S.VETS online shop and wear camo with U.S.VETS this Veterans Day. You can post on social media using the #HONORUSVETS hashtag.

U.S.VETS is also looking for volunteers in the fight against veteran homelessness.

Employers can also "hire a vet" through the U.S.VETS Career Network, which connects professional and student veterans with lasting careers they love.

READ MORE: Marine who lost arm and both legs in Afghanistan tells struggling vets, 'Reach out' for help

The organization has 32 sites across 11 regional locations in California, Nevada, Arizona, Hawaii, Texas, and Washington D.C. and offers temporary and permanent housing solutions and comprehensive services to veterans and their families nationwide.

LINK: Here's how you can help or donate