Police say a couple pulled into a gas station in Tumwater and left their baby sleeping in the backseat while they went in—and also left the keys in the ignition. A suspect jumped in and sped off seconds later.

TUMWATER, Wash. - A 10 month-old baby is home safe after being kidnaped by car theft suspects in Tumwater.

According to police, a couple pulled into a Chevron at Trosper Rd SW and S 2nd Avenue SW around 11:48 p.m. Tuesday. They went into the store and left their 10-month-old boy in the backseat of their truck, and left the keys in the ignition.

Police said a suspect got out of the passenger seat of a nearby car, jumped into their truck and sped off, with the baby still in the back.

A man and woman in the suspect car also drove away from the station.

Thankfully, one of the victim's phones was left in the car, which police dispatch used to contact the service provider and track the location. About 15 minutes later, police found the truck abandoned roughly 10 miles south at Littlerock Road SW and 128th Ave SW.

The baby was found safe in the backseat and reunited with his parents.

Surveillance video led police to identify two suspects. The first is described as a white man in his 30s with balding dark hair, medium build, with black pants, dark shoes, a face mask and an orange, yellow and black hoodie. The second is a white man in his 20s or 30s, with a thin build and dark hair, wearing a red jacket, black shorts, black leggings, black mask, light-colored shoes and a yellow and red conductor-style hat. 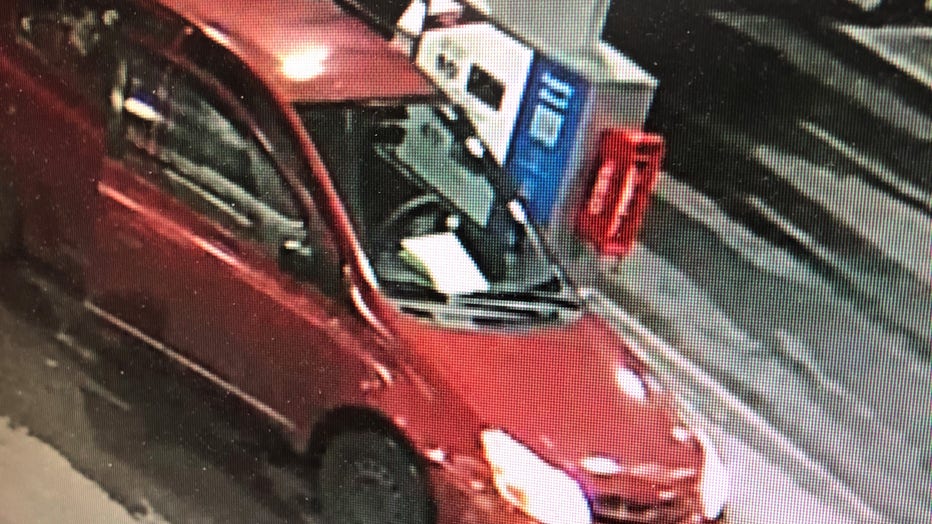 The suspect vehicle is a red, early 2000s four-door Toyota Echo, with no hubcaps on the passenger-side tires.

Police say there is probable cause to arrest the first suspect for kidnappings and first-degree theft. Anyone with information on the suspects or incident is urged to call Tumwater Police at (360) 704-2740, or call Crime Stoppers at 1-800-222-TIPS, referencing case number 2022-00443.