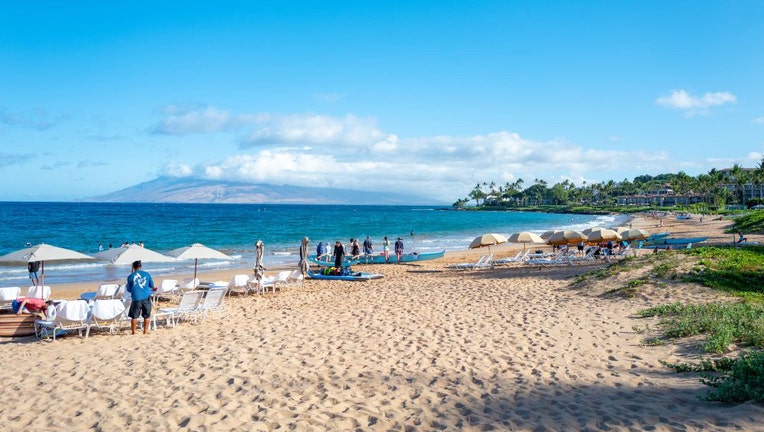 A stretch of Wailea Beach and the Pacific Ocean are visible in front of the Four Seasons Resort Maui at Wailea in Wailea, Hawaii. (Photo by Gado/Getty Images)

If you have a little money left over from the holiday shopping weekend and you're thinking of taking a vacation, now may be a good time to start exploring your travel options.

Consumers searching for discounts on domestic and international flights, hotels, and car rentals can look no further than Travel Deal Tuesday, a day considered one of the biggest travel sales days of the year after Thanksgiving, Black Friday, and Cyber Monday.

And there are several travel sites offering deals if you want to plan another holiday vacation or a getaway for next year.

The travel site is offering exclusive deals on domestic and international flights of up to $100 off and 50% off hotels at dozens of destinations including:

Deals are available on Hopper by downloading the app, where the site says you can save an average of $65 by booking a flight through Hopper.

Booking.com has great deals on hotel stays for travelers on international and domestic destinations like Istanbul, New York, Orlando, and more, starting at only $25. The travel site kicked off a Cyber Week sale where you can save 30% on hotels and get 25% off rental cars. These deals run through Dec. 1.

Cruises.com is offering a Travel Tuesday special that ends at midnight. The cruise line has a "book now, pay later" deal where the cruise deposit fee will be waived.

Cruise Cunard is running a special promotion on cruises until Dec. 2. New voyage bookings will get a credit of up to $600 per room and a 50% reduced deposit. These trips include the trans-Atlantic crossing between New York and London, Alaska, the Norwegian Fjords, and the Caribbean.

But if you want to schedule a trip a little further outside of December, the British cruise line also has trips starting at $659. Travelers can enjoy Christmas and grand voyages, with some beginning on Dec. 15. Trips are available around the world on all three of Cunard's Queen signature ships: Queen Mary 2, Queen Victoria, and Queen Elizabeth.

FOX Business contributed to this story. This story was reported from Washington, D.C.