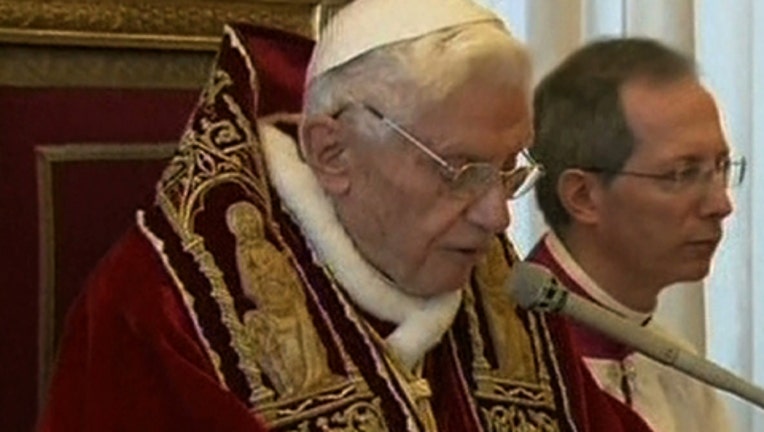 -- The spiritual leader of 1.2 billion Catholics, Pope Benedict XVI, surprised the world Monday by saying he will resign at the end of the month "because of advanced age."

It's the first time a pope has stepped down in nearly 600 years.

"Strength of mind and body are necessary, strength which in the last few months has deteriorated in me to the extent that I have had to recognize my incapacity to adequately fulfill the ministry entrusted to me," said Benedict, 85, according to the Vatican.

The news startled and shocked the Catholic world and led to frenzied speculation about who would replace him.