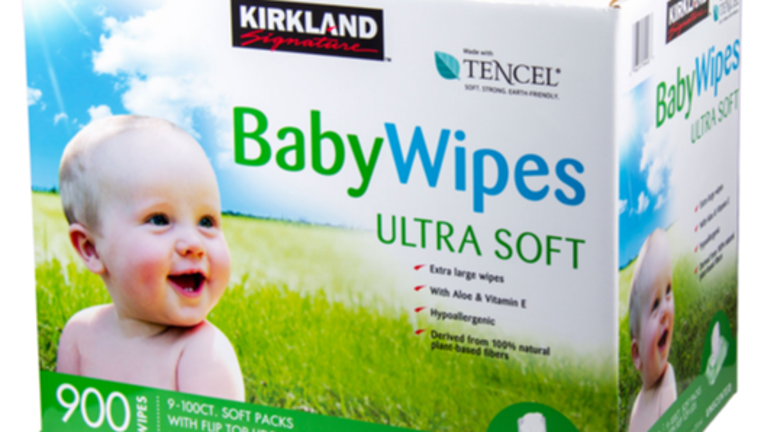 ISSAQUAH, Wash -- In early summer, a popular brand of unscented baby wipes had its formula changed. It was supposed to be an innocuous change -- a simple shift in a minor ingredient to better comply with strict regulatory rules.

But the small shift appears to have alienated countless Costco customers. Not only has the new smell of the Kirkland Signature Baby Wipes 900 CT seemingly driven dozens of reviewers away from the product,  but some -- including a Washington state mother of a 7-month-old boy -- say the new formula burns the skin.

"It's an uncomfortable kind of stinging," Jennifer Flores told Q13 FOX News. "My husband and I tried them and were like, 'Oh my God.'"

To be clear, both Flores and doctors agree any sort of burning or tingling caused by the wipes isn't dangerous. It's just uncomfortable. But uncomfortable is more than enough when dealing with a young child.

Flores said she has long "loved" Costco's Kirkland Signature Baby Wipes 900 CT both for personal use and for her 7-month-old boy. So when she opened up a new package of the wipes in late summer, she was quick to notice a change in smell. But unlike many reviewers, the change in smell didn't concern

"It meets the very highest quality standards that we put out there,"Wilson said.

"It was more chemically smelly," Flores said. "But it didn't bother me. People change stuff all the time. It is what it is."

What caught Flores' and her husbands attention after a few weeks was that their normally relaxed child began to put up a fuss every time he was due for a diaper change. At first, they attributed his cranky attitude to growing up and general fussiness. But watching him squirm away from the wipe and cry after the diaper was put on made Flores think it was something more.

After a couple crying fits from her boy, Flores remembered the wipes' change in smell. Since, her child doesn't have problem with sensitive skin and had never even had a diaper rash, she thought it unlikely.  Still, she used the wipe on her skin -- both on her hands and more sensitive areas -- to see if the wipes could have anything to do with his fussiness.

It quickly became obvious it was, Flores said.

"It felt like someone gave me alcohol wipes," she said. "I was like 'is it supposed to feel that way?'" 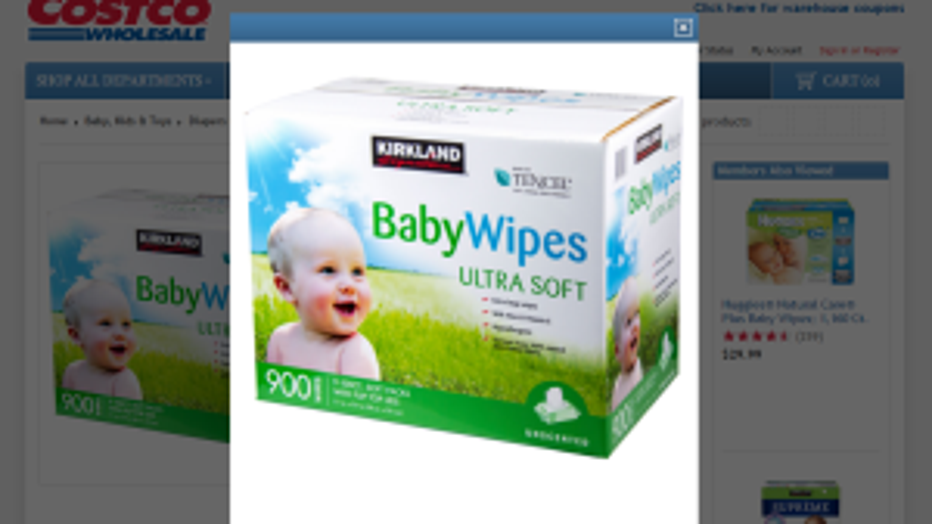 A screengrab from Costco.com

Fearing she was being oversensitive, she gave a wipe for her husband to try. He too felt an uncomfortable stinging, nothing serious -- but definitely not pleasant. Flores and her husband wondered how the child and his young skin could was feeling after the wipe's residue was constrained by a diaper, since it the burning could be felt so prominently on their own skin.

"It's kind of scary because if I'm uncomfortable, imagine a 7-month-old baby," she said.

Flores said other friends who bought the wipes because of their cost had also noticed the changes in their children around mid-summer. She told them about her burning discovery, and even alerted mothers in a "mommy blog" she frequents. Flores said commenters who tried the wipes on their own sensitive skin were amazed at the tingling and burning.

Flores and her mommy blog friends are not alone. Others on Costco's review site have also complained of burning and rashes.

"What happened to these wipes? Not only does the new formulation smell like chemicals but it burns my babies tush," reviewer Susie 08 says.

Costco's vice president of quality assurance and food safety, Craig Wilson, says he's seen the reviews about the smell. He recognizes the scent has changed, but says the odor is "innocuous" and "not unpleasant."

As far as the burning, Wilson says the quality assurances are too high with the wipes to see more than a handful of these claims. Since the formula change this summer to meet a regulatory requirement in the state of Minnesota, Kirkland Signature Baby Wipes 900 CT have undergone numerous consumer and scientific tests, he said. The final product underwent a complete consumer risk panel after development, Wilson said, and third-party test of 65 top issues.

With a pH of somewhere between 4.7 and 5.25, the wipes are safe to use on any area of the body, Wilson said.

"It meets the very highest quality standards that we put out there," he said. "These things are very, very benign."

Wilson denies receiving any incident reports of burning, despite Flores saying she sent a complaint to the company. But he agrees that since the company sells 400,000 boxes of the product each month all over the world, it is possible someone, somewhere can find them uncomfortable. Every child, every consumer is different. But it's certainly not a pattern, he says.

As for as all the online complaints, Wilson largely attributes it to a change in a well-liked formula. He says they see in uptick in complaints every time they make an ingredient shift in a popular product. When you try out a new aftershave or a spouse changing the soap in the bathroom, you don't always immediately like it simply because it's different, he said.

"People become accustomed to certain kinds of products," Wilson said. "When such a change is made, people don't like change."

Dr. Catherine Pham, a dermatologist at Virginia Mason, said any irritation or burning caused by baby wipes is not a serious health problem.

She said it's possible some wipes can irritate a child, while others will soothe. Pham said it's important to keep an eye on your child and react -- like Flores -- to any differing attitude surrounding wipes.

"I would recommend to parents if they notice irritation or a diaper rash to make note of all the ingredients," Pham said, noting some ingredients like Katon CG, MCI/MI and others are known to call slight irritation in some people. Babies with eczema can be more easily affected by a change.

She said it's also possible that babies can become sensitive to a certain formula over time, requiring a change. Overall, it's important to remember that just because one wipe burns or tingles doesn't mean another will, Pham said. She said overall, wipes can be helpful at maintaining the pH of skin and retaining regular moisture balance.  And there are many different reasons for a baby being uncomfortable.

"Just be aware of changes," she said. "If rashes or itchiness persist it's important to see a doctor."

Flores, along with her sister-in-law and other friends also using the wipes decided to switch brands. One baby saw his rash go away, Flores said.  Since Flores has changed her wipes, she's noticed her son is feeling better and more relaxed at changing time.

Now she says there are "no issues" and he hasn't been crying.

"Ever since we switched he hasn't been crying," Flores said. "He doesn't mind changings."