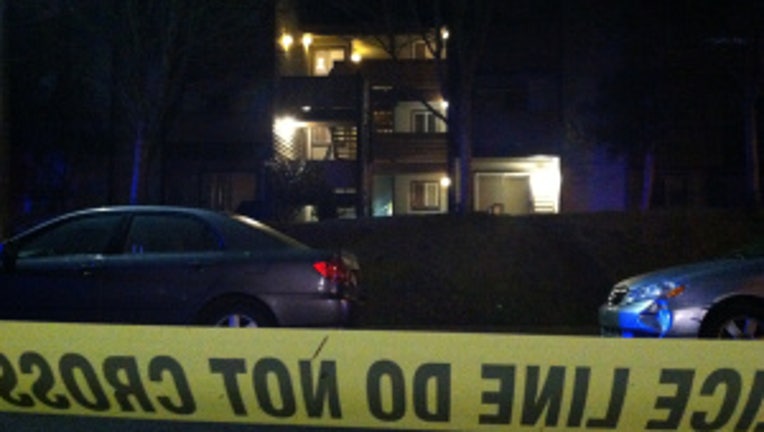 TUKWILA - Three people were shot early this morning outside an apartment building in Tukwila. Police were called to the Grande Terrace Apartments at 15830 39th Place  at 1:22 a.m. after receiving reports of shots being fired.

Police said a 35-year-old male suspect fled the scene on foot but was located by a K-9 unit and taken into custody. The suspect had also been shot and had a gunshot wound to his shoulder.

The three men were taken to Harborview Medical Center with non-life threatening injuries; the suspect was treated and released and was interviewed by Tukwila detectives.

Police said the relationship between the suspect and the victims is unknown at this time.