College football action rolls on this weekend with a pair of matchups featuring a few top-25 teams in the nation.

Coverage begins with Big Noon Kickoff at 10 a.m. ET Saturday on FOX live from Iowa City, Iowa, followed by a Big Ten showdown between no. 4 Michigan and Iowa. And at 3:30 p.m. ET no. 9 Oklahoma State takes no. 16 Baylor. 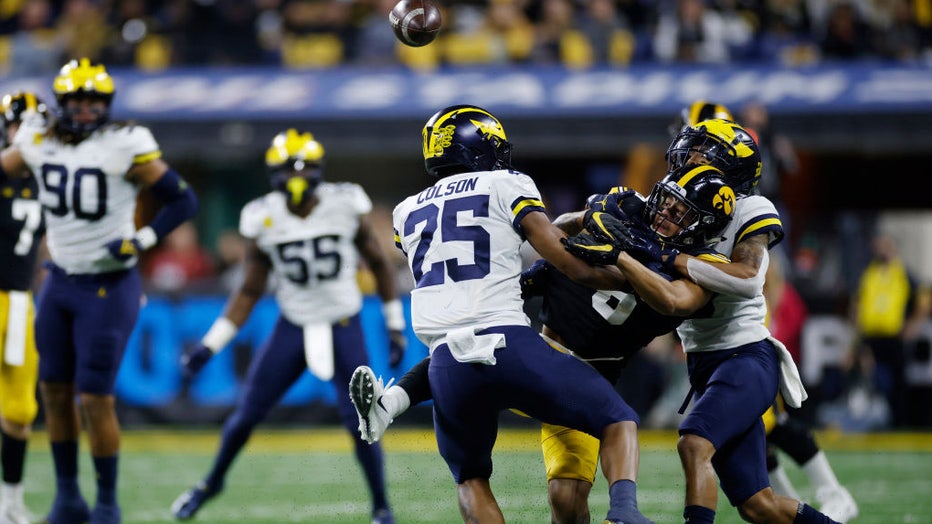 Michigan and Iowa’s Week 4 matchup is a rematch of last season’s Big Ten title game. The Wolverines dominated the Hawkeyes that day with a 42-3 victory.

But Iowa is seeking to avenge that tough loss. Hawkeyes QB Spencer Petras looks to build on his best game of the season. Petras led a couple of sustained drives and completed 11 of 17 passes for 148 yards against Rutgers. That's progress for the quarterback with the lowest rating in the Big Ten.

Last week, Michigan QB J.J. McCarthy was good, not great, against Maryland. Now he goes into Kinnick Stadium in Iowa for his first career Big Ten road start against one of the best defenses in the country. The Hawkeyes are 5-3 against top-five teams at home.

This late afternoon matchup is also a rematch of a title game in 2021. The Oklahoma State Cowboys and Baylor Bears battled for the Big 12 championship as the Bears edged the Cowboys with a 21-16 win. Baylor denied Oklahoma State their first Big 12 title since 2011.

In four games since that title-game loss to Baylor, Cowboys dual-threat quarterback Spencer Sanders has thrown for 1,287 yards, run for 235, and accounted for 17 TDs (14 passing, three rushing).

Baylor quarterback Blake Shapen filled in for injured starter Gerry Bohanon when he completed his first 17 passes and threw three touchdowns in the Big 12 title game. Shapen won the job in the spring and Bohanon transferred to USF. Shapen is 69-of-100 passing for 773 yards and seven TDs with one interception this season.

The Cowboys are the Big 12′s top scoring team at 51.7 points per game, with more than 30 points in nine of its last 14 games. But Baylor has held 18 straight opponents to 30 points or less.