SEATTLE -- A terrifying car accident sent four people to the hospital this weekend, and police say one driver who was playing a dangerous game is at fault.

It happened along U.S. Highway 26 near Portland, Oregon this weekend. According to police, one of the drivers deliberately held his breath through a tunnel until he passed out, causing a chain reaction crash.

Thankfully everyone survived the crash. But police say the driver, Danel Calhoon, who caused the wreck is a 19-year-old from the city of Snohomish. Investigators say his passenger, from Edmonds, is in the hospital recovering from a collapsed lung.

“Its playing Russian roulette and the only bullet is pointed at you,” said Vance Meyring of the Oregon State Police.

The Oregon State Police say Calhoon held his breath through the tunnel, passed out, and crossed the centerline, colliding into two other cars. The Camry crashed head-on into a Ford Explorer, sending a couple from Astoria, Oregon to the hospital. Vance says playing games on the road almost took his brother's life.

“He has a collapsed lung, and he has a big scratch across his chest from his seatbelt,” said Vance. “It sound like the seatbelt obviously saved him, which is good he was wearing that otherwise he wouldn’t be here.”

Wyatt Meyring hopes to be released from the hospital on Tuesday. 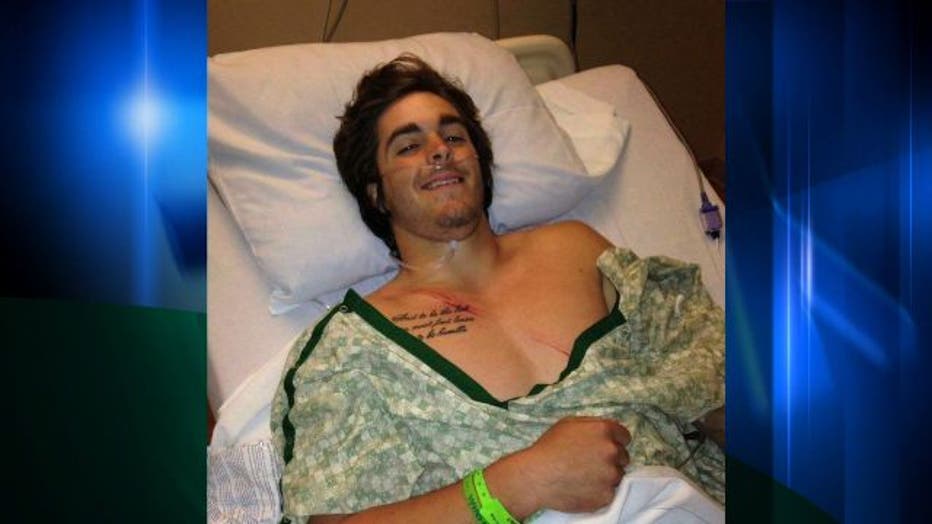