The suspect is described as a white, 40-year-old male, who has a large tattoo on the left side of his neck and was seen wearing a long dark jacket, dark pants, white tennis shoes, a blue disposable mask,&nbsp;and a hat.

TACOMA, Wash. - Tacoma Police are asking for the public's help in identifying a home invasion suspect who tried to sexually assault a 77-year-old woman. The attack left her with a concussion.

Detectives say he entered her condo in the 2300 block of S. Cedar St. on April 25th through an unlocked back door while the victim was sleeping.

He's described as white, 40 years old, 5'6" to 5'7" with a medium build. He has a large tattoo on the left side of his neck and was seen wearing a long dark jacket, dark pants, white tennis shoes, a blue disposable mask, and a hat. 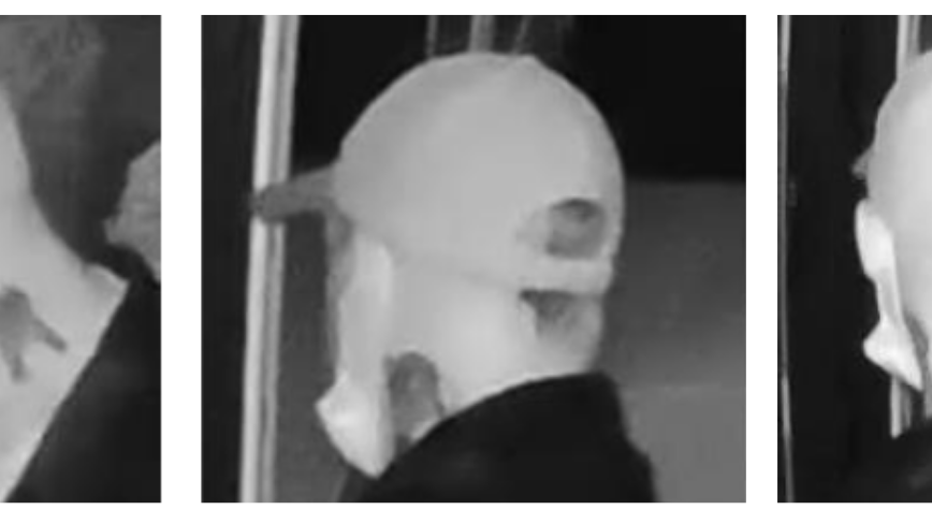 "It's a blue retired Air Force cap that was recovered close to the scene so he will not have that anymore.  We need this guy off the street. Please contact Crime Stoppers if you have any information that could lead to him being detained and arrested," said Tacoma Police Officer Wendy Haddow.

If you can identify him, please submit an anonymous tip to Crime Stoppers of Tacoma -Pierce County through the P3 Tips App that you can download to your cell phone for free or call 1-8000-222-TIPS (8477). You will be paid a cash reward of up to $1,000 if you can help police identify him. 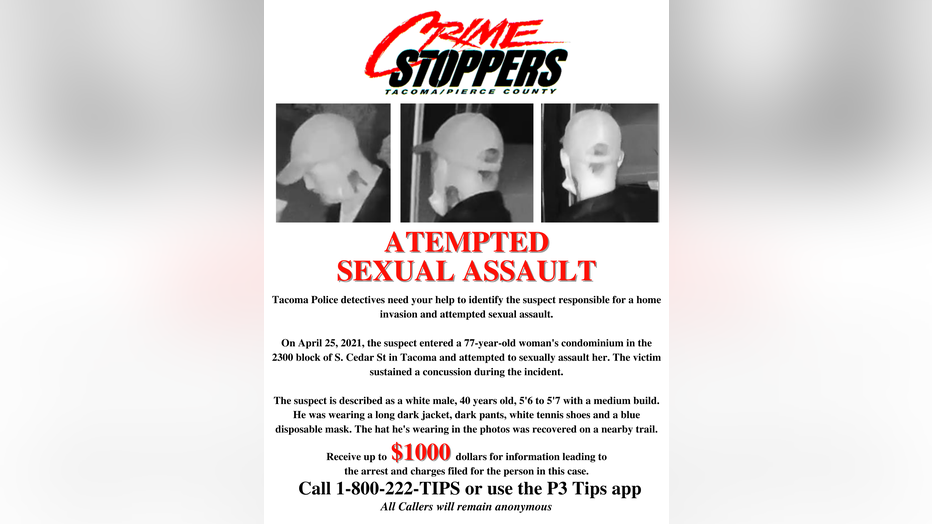