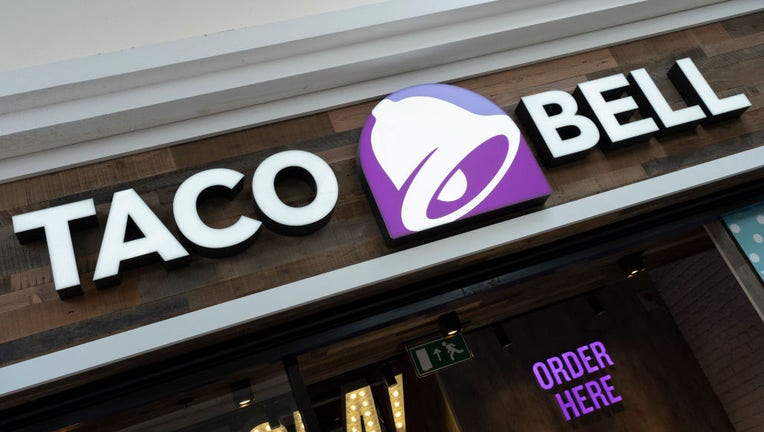 FILE - Sign for Taco Bell on May 18, 2022, in London, United Kingdom. (Photo by Mike Kemp/In Pictures via Getty Images)

The fast-food chain owned by Yum! Brands is seeking to increase its breakfast and lunch sales, and adding French fries could help it better compete with rivals like McDonald’s.

"Our competitors have way more reasons for customers to go to them, if you look specifically at McDonald’s dayparts, coffee treats," Taco Bell CEO Mark King said during a presentation for investors on Tuesday, according to Nation’s Restaurant News.

King added that while dinner and late-night business is on par, Taco Bell’s breakfast and lunch dayparts are "significantly" behind McDonald’s — which noted that French fries were its most-ordered item in 2022.

In an email to FOX Television Stations, Taco Bell representatives confirmed the company is considering adding fries to the menu permanently but did not release any details regarding when that may happen or specifics about the menu item.

Man to eat Taco Bell for 30 days for health experiment

Sam Reid talks with FOX Television Stations about his health experiment and love for Taco Bell.

Taco Bell debuted its Nacho Fries in 2018 to much fanfare and has made them a limited-time menu item. Taco Bell believes its "magic formula" for growth is a combination of factors, which include bringing back items periodically to generate brand buzz, according to Yum! Brands’ recent investor presentation.

Earlier this year, Taco Bell brought back another popular menu item: the Mexican Pizza. The chain eliminated the Mexican Pizza, along with four other foods, in November 2020 in an effort to create a faster and "more seamless" restaurant menu and experience. But after an online petition and social media outcry from fans, the brand announced that it would return nationwide in May.

But Taco Bell quickly sold out after severely "underestimating" demand, and finally, the chain said in September that the Mexican Pizza was coming back to stay permanently.

RELATED: Here were Americans' most ordered foods of 2022, according to Grubhub