Lacey Police are asking for help to identify two robbery suspects who jumped over the counter of Hawks Prairie Pharmacy and demanded Oxycodone and Codeine cough syrup.

LACEY, Wash. -- Lacey Police are asking for help to identify two robbery suspects who jumped over the counter of Hawks Prairie Pharmacy and demanded Oxycodone and Codeine cough syrup.

Police said it happened about 6:20 p.m. on Oct. 16. The suspects, believed to be in their late teens or early 20s, threatened to shoot three female employees, but they didn't brandish any weapons. 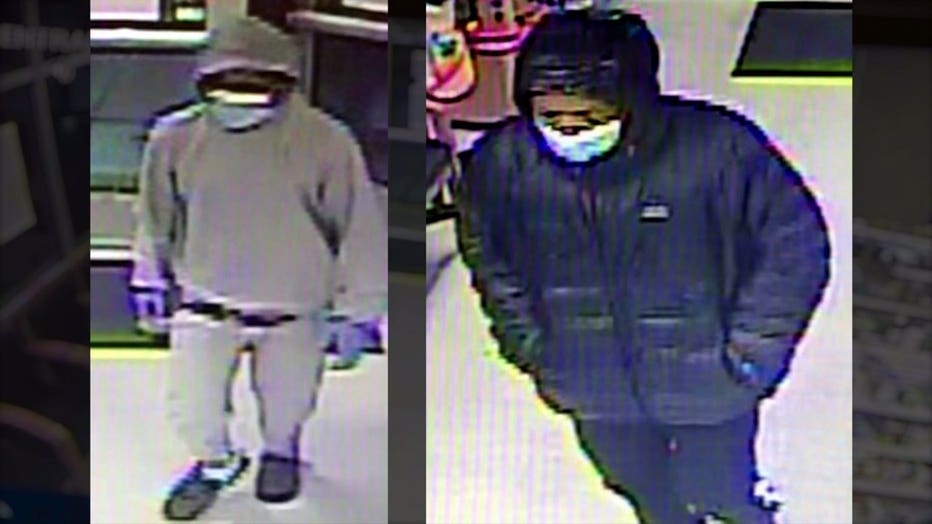 "They actually waited for customers to leave and jumped across the counter," Lacey Police Detective Jon Mason said. "And there were three employees there who were very scared that they were either going to be assaulted, or even killed by these people."

They were both wearing gloves and had bandannas or masks pulled over their mouths and noses. 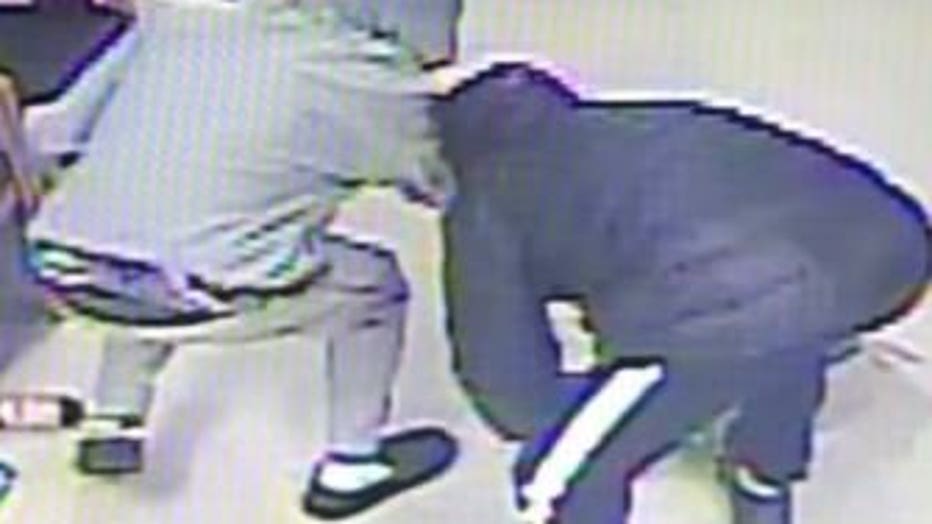 Pharmacy manager Sunil Gowda said it seemed like they had done this before, but they were clumsy and dropped some of the stolen items on the way out.

As news spread of what happened to the pharmacy and the workers, customers started stopping by with food and comforting words.

"It makes it very worthwhile," Gowda said. "It's like, wow, this is what this is why we do this."

If you have any information about this or any other crime, call Crime Stoppers of the South Sound at 1-800-222-TIPS (8477).  You can also download the P3 Tips app to submit your tip from any smartphone.  Crime Stoppers will pay up to $1000 and remember, you never have to leave your name.