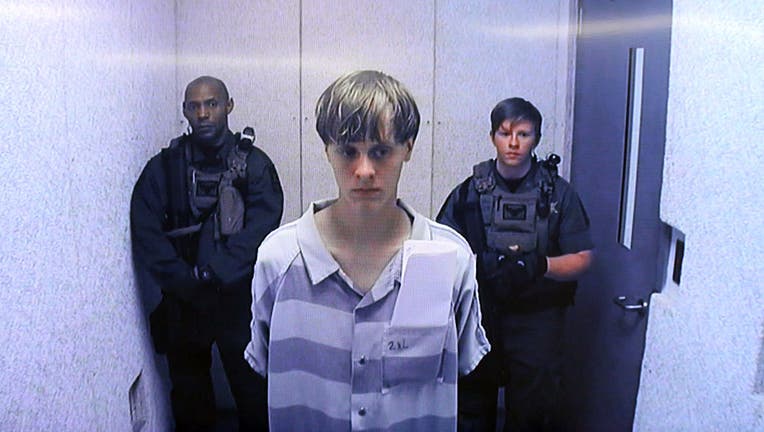 In this image from the video uplink from the detention center to the courtroom, Dylann Roof appears at Centralized Bond Hearing Court June 19, 2015 in North Charleston, South Carolina. (Photo by Grace Beahm-Pool/Getty Images)

WASHINGTON (AP) - The Supreme Court has rejected an appeal from Dylann Roof, who challenged his death sentence and conviction in the 2015 racist slayings of nine members of a Black South Carolina congregation.

Roof had asked the court to decide how to handle disputes over mental illness-related evidence between capital defendants and their attorneys. The justices did not comment Tuesday in turning away the appeal.

Roof fired his attorneys and represented himself during the sentencing phase of his capital trial, part of his effort to block evidence potentially portraying him as mentally ill.

A panel of appellate judges had previously upheld his conviction and death sentence.

Roof, 28, is on federal death row at a maximum-security prison in Terre Haute, Indiana. He can still pursue other appeals.