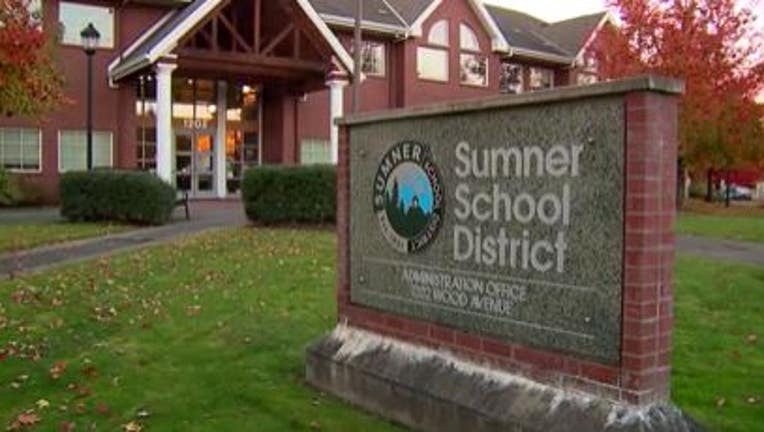 SUMNER, Wash. - A Sumner High School basketball coach is facing a lawsuit alleging sexual assault and exploitation of a student he coached.

The lawsuit has three minors as the plaintiffs and named 35-year-old Jacob Jackson and Puyallup-based Sterling Athletics as the defendants. Jackson served as the CEO of Sterling Athletics. The company "specializes in the manufacture, marketing and sale of sports balls, sporting equipment and custom apparel," according to court documents.

The lawsuit alleges that Jackson got one of the victims a job at Sterling Athletics, and before that, showered the victim with free equipment, gear, custom apparel and envelopes of cash, court docs say.

Jackson also then began communicating with the victim via text message and social media. Those messages then turned into Jackson sending inappropriate photos and videos to the teen and pressured the teen to send some in return, according to court documents.

According to court documents, Jackson asked the teen to come over and help him with yard work in the summer of 2020. When the teen arrived, Jackson asked if he wanted to see his basketball shoes collection in his bedroom and the teen agreed, docs said.

When the teen went up to the bedroom, Jackson allegedly came in naked and cornered the teen in the closet. Jackson then touched himself in front of the teen, court documents say.

Court documents say Jackson maintained an inappropriate relationship with the teen after that incident.

The teen, and the two others, are suing for suffering "extreme emotional distress, personal anguish, fear, humiliation, pain and suffering as a result of the sexual abuse perpetrated by Jake Jackson and the sexual harassment, hostile work environment and gender-based discrimination he suffered at Sterling Athletics from its Chief Executive Officer," court documents said.

It's unclear what damages are being sought.

Jackson was placed on unpaid leave by the Sumner School District on Aug. 31.