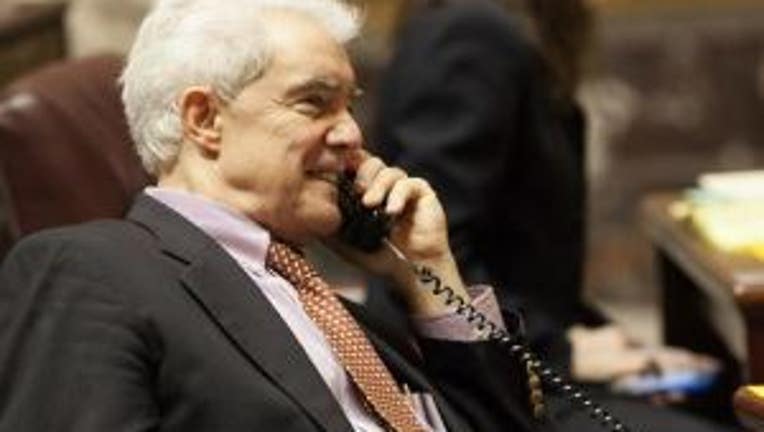 SEATTLE -- State Sen. Mike Carrell, R-Lakewood, died Wednesday of complications from the pre-cancer condition myelodysplastic syndrome, or MDS. He was 69.

Carrell was surrounded by family and friends at the University of Washington Medical Center when he died, state Senate Republican Leader Mark Schoesler, R-Ritzville, said.

He had been receiving an aggressive treatment of stem-cell transplantation and chemotherapy since mid-April after doctors identified a donor who was a perfect match for Carrell’s bone marrow type.

“Mike passed today at about 10:35 am, very peacefully in his sleep, at UW hospital, with his wife Charlotte nearby, of lung complications from his pre-cancer treatment,” Schoesler said.

“Senator Carrell was a true statesman who put the people of Washington above all else during his 19 years of public service as a legislator. It was a pleasure to serve with him throughout his distinguished Senate career. My thoughts and prayers go out to his family during this difficult time," Schoesler said.

During his tenure, he authored a landmark bill to reform the criminal justice system in Washington by better protecting the public by assuring that no one community is overburdened by returning felons.

He also wrote the “Becca laws,” which help identify at-risk youths who skip school so they can be given the assistance they need to keep from becoming criminal offenders.


A lifelong resident of the Tacoma area, Carrell lived in Lakewood with his wife, Charlotte, and is survived by their three sons, Matthew, Larry and Carlton, and five grandchildren.

Here is the process for filling Carrell’s seat in the state Senate.

-- The Pierce County Council has 60 days from the date of vacancy (May 29) to fill the vacancy from the list of names provided by the PCOs.

-- Whoever is appointed to the Senate seat can be sworn in to office immediately.

-- Whoever is appointed to fill Carrell's seat will serve until November 2014. (Under state law, because his death occurred on or after the Monday of this year’s Candidate Filing Week, it is too late to have a special election for the 28th District Senate seat in November 2013.)