SEATTLE -- Lawyers for Dustin Theoharis, an Auburn man who was shot 16 times in his bed by a sheriff's deputy and a DOC officer, say they are filing a $20 million lawsuit against the state Department of Corrections. 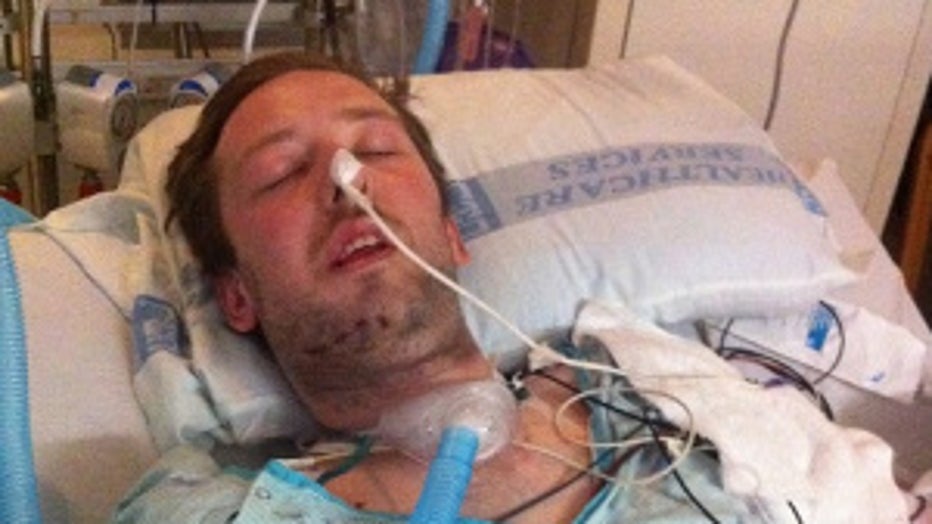 It comes on the heels of a scathing report calling for change in the King County Sheriff's Office.

“Dustin just had his 12th surgery to reconstruct his jaw, which was basically shattered from one of the bullets,” Eric Heipt, one of the attorneys for Theoharis, said Wednesday.

The county recently agreed to pay him $3 million despite the finding that the shooting was justified.

A total of 16 bullets hit Theoharis in February 2012, when a King County sheriff's deputy and a DOC officer opened fire on him while serving a search warrant at the Auburn home where he lived.

He wasn't the man they were after, but officers claimed he reached for what they thought was a gun.

"Without a warrant, you shoot an unarmed man while he's in his bed 16 times,” said Heipt. “I don't know how you could possibly conclude that to be a justified shooting.”

That was one of the questions members of the King County Council had as they reviewed a critical report on the aftermath of the shooting.

The report was put together by Merrick Bobb, who is also overseeing reforms in the Seattle Police Department.

“I knew from the outset of this incident there needed to be a deeper review,” said Charles Gaither, the civilian overseer for the sheriff's office. Gaither said there were several problems in how the investigation was handled.

The officers involved were not immediately interviewed, physical evidence was overlooked and moved, and the first responding supervisor, also a union representaive, acted more as an advocate for officers and less as an investigator.

John Urquhart, the current sheriff, wasn’t with the county at the time, but told the council, “I campaigned on fixing this and I have fixed this.”

Urquhart said he is implementing several policies for officer-involved shootings, including launching internal investigations at the same time any criminal investigations are under way. He's also added high-tech shooting simulators as part of training.

“The issue isn't whether we are reviewing shootings and use-of-force by deputies, because we are,” said Urquhart. “The issue is, are we doing a good job of it? And I don't think we have in the past, so we need to fix that and we're fixing that.”

Urquhart also told the council the DOC did not cooperate in the investigation, and that led the sheriff’s office to dissolve that partnership.

The DOC on Wednesday would only say it conducted its own review and found appropriate force was used.

But the lawyers for Theoharis are now filing a $20 million lawsuit against the DOC.