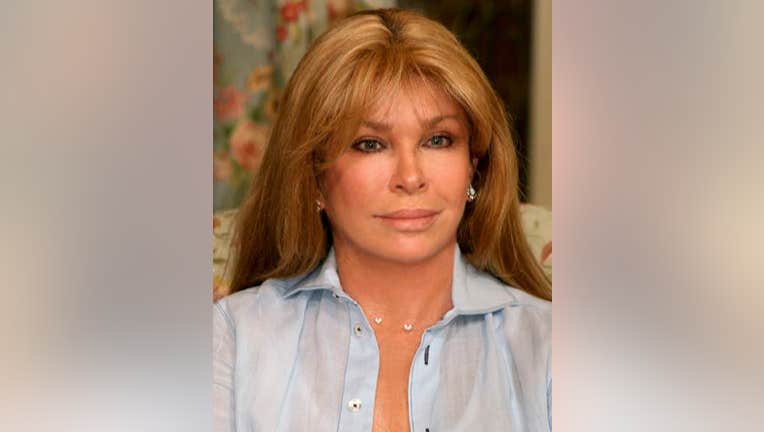 JZ Knight founded the Ramtha School of Enlightenment in Yelm in 1988.

YELM, Wash. -- Shocking allegations have been made by a former follower of the Ramtha School of Enlightenment in a letter that just became public.

JZ Knight has thousands of followers, including many celebrities. Now, one claims the school's founder made members drink lye, and that people got sick.

But the Ramtha School of Enlightenment is denying the allegations and threatening to take the letter-writer to the medical board.

The gated school on Highway 510 in Yelm has been here since 1988. One local doctor was so concerned about what was going on inside that he wrote a letter to the county health department, asking them to look into the health and safety of followers there.

"I've been in this community for a long time. Originally, I thought this cult, or whatever you want to call it, it was an interesting thing because it brought in a lot of interesting people," Dr. Brian Keay said in an interview Friday.

Founder JZ Knight attracted Hollywood celebrities, and people from all across the country who pay big bucks to hear her speak.

Alluding to the teachings at Ramtha, former follower Virginia Coverdale said, "We're more powerful than we realize, our brain can do all sorts of things, quantum theory, these things are what excited me and a lot of other people that got involved."

Coverdale said her family started following Knight more than three decades ago. She said members were encouraged to drink a concoction of Dead Sea water mixed with Red Devil Lye to enlighten themselves. She said her mother and brother were among those who drank the lye concoction.

"This wasn't just a onetime thing," Coverdale said. "They were taking it for five years and Ramtha at one point told them to chug it. This was not just a teaspoon in the morning, in the evening. People were losing their hair."

"If I feed you lye, it's going to cause huge ulcers in your esophagus; it could kill you if you took it straight," Keay said.

The physician said he met many of the followers through his practice and was so concerned that he wrote a letter to the Thurston County Health Department warning that followers were getting sick and, Keay claimed, even dying.

A spokesperson for JZ Knight denies she had followers drink lye and characterized the allegations as innuendo and hearsay. The group says Keay's letter should never have become public.

"Concerning Keay's letter," the Knight spokesperson said, "there will be a complaint filed with the Washington State Medical Board.  Keay's medical opinions in the letter may constitute a breach of HIPAA and the standards of professional conduct of the Washington Department of Health Medical Quality Assurance Commission."

But Coverdale is standing by her claims.

"I would like to believe that nothing that horrible, Jonestown'ish could happen, but when people are willing to drink poison for five years, it tells you that it's possible," Coverdale said.

The Thurston County Sheriff`s Office confirmed the letter, sent to them in late 2012, is the subject of an active invsestigation, but would not comment on its status.

"I think that investigation is stuck in the mud," Keay said.

"I would like to see open dialogue, a frank, honest discussion about what's going on, and it's not happening," Keay added.

The Thurston County Sheriff's Office tells Q13 FOX News that the letter is part of an ongoing investigation, but that the Ramtha School of Enlightenment is not the target of that probe.